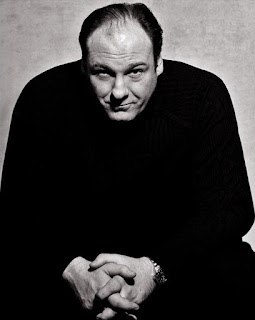 Tony Soprano is dead. Shocking news is rippling through the  world of entertainment. Actor James Gandolfini has died. James Gandolfini, best known for his role as an anxiety-ridden mob boss on HBO's "The Sopranos," died in Italy, possibly of a heart attack, the actor's managers said Wednesday. He was 51.


"It is with immense sorrow that we report our client, James Gandolfini. passed away today while on holiday in Rome, Italy," managers Mark Armstrong and Nancy Sanders said in a joint statement. "Our hearts are shattered and we will miss him deeply. He and his family were part of our family for many years and we are all grieving." The actor had been scheduled to make an appearance at the Taormina Film Fest in Sicily this week. Gandolfini won three Emmy Awards for his portrayal of Tony Soprano, the angst-ridden mob boss who visited a therapist and took Prozac while knocking off people. "The Sopranos" aired from 1999 to 2007.

Gandolfini was born September 18, 1961, in Westwood, New Jersey ,and he graduated from Rutgers University and, as the story goes, worked as a bartender and a bouncer in New York City until he went with a friend to an acting class. He got his start on Broadway, with a role in the 1992 revival of "A Streetcar Named Desire" with Jessica Lange and Alec Baldwin. Gandolfini's big screen debut came in the role of a heavy in the bloody "True Romance" in 1993. His breakthrough on the small screen came in 1999 with the role of Tony Soprano.

Gandolfini's acting credits included roles in "The Last Castle" with Robert Redford, "The Mexican" with Brad Pitt and Julia Roberts and "Surviving Christmas" with Ben Affleck. In recent years, he had starred in several movies, including the Oscar-nominated "Zero Dark Thirty," "The Taking of Pelham 1 2 3" and "Killing Them Softly."
Gandolfini is survived by his wife, Deborah, and their 9-month-old daughter, Liliana. He is also survived by a son, Michael, from another marriage... 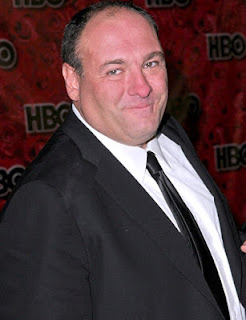