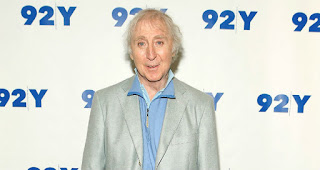 "[People] say, 'What a comic, what a funny guy,' and I'm not -- I am really not -- except in a comedy film," said the actor, who made a rare public appearance Thursday night (June 13) at the 92Y in New York City. "I also make my wife laugh once or twice in the house, but nothing special."

It's a bit odd to hear Wilder, known for playing comedic roles in films, including "Blazing Saddles," "The Producers," and "Young Frankenstein," to say something like this. Then again, Wilder always was a dramatic actor at heart, studying at renown institutions the Old Vic, in England, and Lee Strasberg's Actors Studio, in New York, before earning acclaim in his now classic comedies.

Last night, Wilder spoke about his career in and outside of show business, with Turner Classic Movies host Robert Osbourne. The actor touched on everything from his early acting days to his roles in movies like "Willy Wonka and the Chocolate Factory" to why he hasn't appeared on-screen in more than 20 years, opting instead to write books. 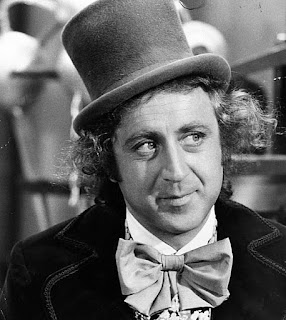 "I like writing books," said Wilder, who is about to release his second novel, "Something to Remember You By." "I'd rather be at home with my wife. I can write, take a break, come out, have a glass of tea, give my wife a kiss, and go back in and write some more. It's not so bad. I am really lucky."

Before he became an author and celebrated actor, Wilder began his professional career in 1966, with a supporting role in the TV adaptation of Arthur Miller's "Death of a Salesman." One year later, he appeared in the crime drama "Bonnie and Clyde" as Eugene Gizzard. While that movie went on to become an American classic, it was an encounter he had soon after that that would help launch his career.

After that, Brooks cast Wilder as Leo Bloom in "The Producers," a role that ended up securing him an Academy Award nomination for Best Supporting Actor. Wilder would work with Brooks again six years later, on the Western comedy "Blazing Saddles," and then a third time, on "Young Frankenstein." For "Saddles," Wilder played the gunslinger Jim, or "The Waco Kid." However, that wasn't the original plan.

"Saddles" marked another important turn in Wilder's career, as it was the first time he worked with Richard Pryor, who co-wrote the film. Wilder would go on to star in four movies with the comedian: "Silver Streak," "Stir Crazy," "See No Evil, Hear No Evil," and "Another You." The on-screen chemistry between the two actors was palpable. However, Pryor's drug habit off-screen made things difficult. 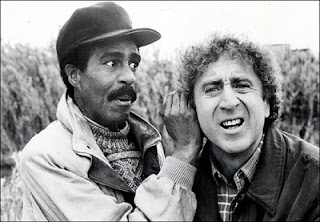 "'Silver Streak' was very good, we got along really swell. But when we did 'Stir Crazy,' he'd come in 15 minutes late, 30 minutes late, 45 minutes late, an hour late. [Director] Sidney [Poitier] was going nuts," Wilder said.

Unfortunately, by the late '80s, Pryor's health was in rapid decline, which was very difficult for his friend and co-star to watch.

"He had a heart [issue], and he wanted to smoke. The doctor said, 'I am telling you, if you smoke, you will die. Don't smoke.' When I went to see him, he had cigarettes and a lighter, and he couldn't walk without stumbling. He couldn't really do much, except he knew how to put the cigarette in his mouth. I didn't know what I could say to him to stop him from smoking cigarettes."

"Another You," which Wilder also starred in with Pryor, was the final movie in which Wilder appeared; his last three credits are all TV movies: "Murder in a Small Town," "Alice in Wonderland," and "The Lady in Question."

So what made him leave acting? As Wilder has previously explained, he wasn't interested in the way in which films were headed. At the 92Y, he elaborated on this -- and even left open the possibility of acting once again.

"After a while, [films] were so dirty. Once in awhile, there was a nice, good film, but not very many," Wilder said. "If something comes along and it's really good and I think I'd be good for it, I'd be happy to do it. Not too many came along. I mean, they came along, but I didn't want to do them. I didn't want to do 3D, for instance. I didn't want to do ones that were just bombing and swearing. If someone says 'Ah, go f*ck yourself,' if it came from a meaningful place, I'd understand it. But if you go to some movies, can't they just stop and talk once in awhile?" 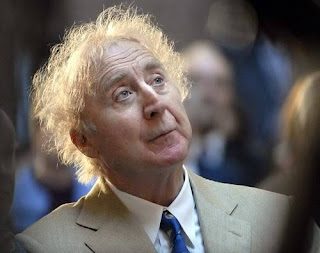 Since Wilder seems open to it, perhaps it's time that someone came and wrote a part just for him -- one that doesn't involve unnecessary swearing, explosions, or 3D, of course. Also, it probably shouldn't be a remake, either, a trend Wilder seems less than impressed with. Take, for instance, the 2005 version of "Charlie and the Chocolate Factory." Wilder, of course, is best known for portraying chocolatier Willy Wonka in Mel Stuart's "Willy Wonka & the Chocolate Factory." But he did not mince words about Tim Burton's take on the beloved Roald Dahl tale.

If you consider the types of films Hollywood is putting out now, it might be tough for Wilder to find the right part. Then again, he seems content on what he's doing now. In fact, earlier in the evening, Robert Osbourne had asked Wilder about his thoughts on working in Hollywood. Not surprisingly, his immediate reply was "Yuck! I don't like it." 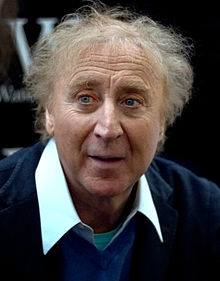 UPDATE: UNFORTUNATELY, GENE WILDER DIED ON AUGUST 28TH, 2016 AT THE AGE OF 83. YOU CAN READ MORE ABOUT IT HERE
Posted by David Lobosco at 8:23 AM