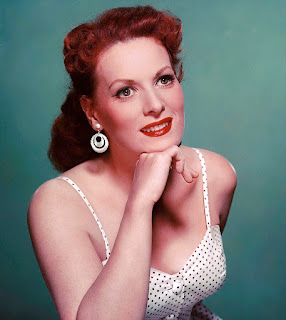 One of the most beauty actresses to ever be captured on film was the Irish born Maureen O'Hara. What a beauty she was! Despite failing health, She kept her promise to her fans. Screen star Maureen O’Hara traveled from Boise, Idaho, to Winterset, Iowa last weekend to honor fellow Hollywood legend John Wayne in his birthplace.

A John Wayne museum and learning center and museum is planned for the Iowa town, and the project now has the best possible blessing from O’Hara, who made five movies with the late actor, including the iconic “The Quiet Man.” Wayne was born in Winterset on May 26, 1907.

It was O’Hara’s first ever visit to Winterset, and it was also billed as her last large scale public appearance. O’Hara was greeted by fans during the weekend as the town featured O’Hara and Wayne films in its movie theater.

“I hope they don’t forget,” O’Hara said of the well wishers.

“If they forget me, I might get mad at them, because I am still here,” the 92-year-old actress said.

O’Hara lived in West Cork for a number of years, but is now settled in Idaho close to family members. She has been embroiled in a bitter fight with her old assistant. She has accused her ex-assistant of elder abuse. Ms O'Hara has filed papers in New York seeking the return of files on her assets and finances from lawyer Howard Gibbs. The 'Daily News' in New York reported that court documents in relation to the issue have already been filed in Manhattan.

Her family insisted she was happier since her move to the US and was considering writing a book to outline her reasons for quitting Ireland.

"Maureen is being bombarded with offers and gets requests to attend events every day," said her nephew Charlie Fitzsimons.  "If it was up to her, she would be attending most things. . . But we have to be more selective about what she attends now because she is 92 and these things are exhausting.

"She is in good health and is living in what is called a senior family home where she has two or three girls looking after her and giving her 24/7 care. She is also receiving occupational and physical therapy -- in fact, the only thing slowing her down is her diabetes. She is incredible". According to her family, it is important for her to leave the spotlight on her own terms and not when she is being carried off. After years of film making, the red haired beauty deserves that much... 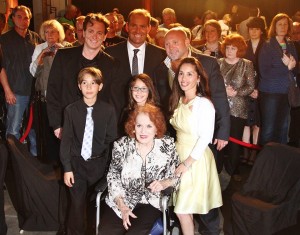 SOURCE
Posted by David Lobosco at 6:14 AM