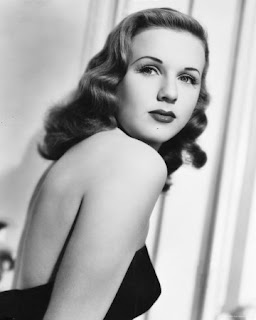 Deanna Durbin, who as a plucky child movie star with a sweet soprano voice charmed American audiences during the Depression and saved Universal Pictures from bankruptcy before she vanished from public view 64 years ago, has died, a fan club announced on Tuesday. She was 91.

In a newsletter, the Deanna Durbin Society said Ms. Durbin died “a few days ago,” quoting her son, Peter H. David, who thanked her admirers for respecting her privacy. No other details were given.
Ms. Durbin had remained determinedly out of public view since 1949, when she retired to a village in France with her third husband.
From 1936 to 1942, Ms. Durbin was everyone’s intrepid kid sister or spunky daughter, a wholesome, radiant, can-do girl who in a series of wildly popular films was always fixing the problems of unhappy adults.
And as an instant Hollywood star with her very first movie, “Three Smart Girls,” she almost single-handedly fixed the problems of her fretting bosses at Universal, bringing them box-office gold.
In 1946, Ms. Durbin’s salary of $323,477 from Universal made her the second-highest-paid woman in America, just $5,000 behind Bette Davis.
Her own problems began when she outgrew the role that had brought her fame. Critics responded negatively to her attempts to be an adult on screen, as a prostitute in love with a killer in Robert Siodmak’s bleak film noir “Christmas Holiday” (1944) and as a debutante mixed up in a murder plot in “Lady on a Train” (1945.)
The child-star persona affected her personal life as well. 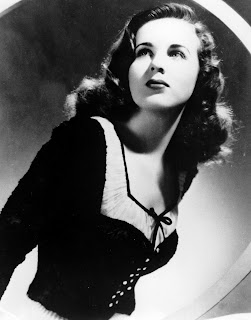 “When my first marriage failed, everyone said that I could never divorce. It would ruin the ‘image,’ ” she told Robert Shipman in Films and Filming magazine in 1983. “How could anybody really think that I was going to spend the rest of my life with a man I found I didn’t love, just for the sake of an ‘image’?”
The man was Vaughn Paul, an assistant director, whom she had married at 19 in 1941. The marriage lasted two years. Her second marriage, to Felix Jackson, the 43-year-old producer of several of her films, also ended in divorce, after the birth of a daughter.
The third marriage was a success: in 1950, at 28, she married Charles David, the 44-year-old French director of “Lady on a Train.” After starring in 21 feature films, she retired to a French farmhouse.
Edna Mae Durbin was born on Dec. 4, 1921, in Winnipeg, Manitoba, and grew up in Southern California, where she studied singing. She was discovered by an MGM casting director searching Los Angeles singing schools for someone to portray the opera star Ernestine Schumann-Heink as a child.
Signed by the studio at 13, Ms. Durbin, who already possessed a mature coloratura soprano, soon appeared in a one-reel short, “Every Sunday,” with another recently signed 13-year-old, Judy Garland, who sang swing while Ms. Durbin sang classical music. 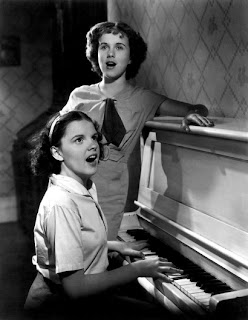 Her MGM career ended suddenly, however, when Schumann-Heink, who was to play herself as an adult in the movie about her life, died at 75 and the studio did not pick up Ms. Durbin’s option. Shortly afterward she moved to Universal, shepherded there by Rufus Le Maire, a former MGM executive who had switched his allegiance to the rival studio.
Ms. Durbin was quickly handed to Joe Pasternak, who produced her first 10 movies, and to Henry Koster, who directed six of them: “Three Smart Girls,” “One Hundred Men and a Girl,” “Three Smart Girls Grow Up,” “First Love,” “Spring Parade” and “It Started With Eve.”
In his autobiography, “Easy the Hard Way,” Mr. Pasternak — who would eventually move to MGM and build the careers of two other coloratura sopranos, Kathryn Grayson and Jane Powell — said that stardom was always “a matter of chemistry between the public and the player” and that no one could take credit for discovering Deanna Durbin.
“You can’t hide that kind of light under a bushel,” he wrote. “You just can’t, even if you try.”
Ms. Durbin, who was originally to have ninth billing in “Three Smart Girls,” became the movie’s star when studio executives saw the first rushes. About the same time, in 1936, she began singing on Eddie Cantor’s popular weekly radio program.
In 1938 there was a nationwide search to choose the young man who would give Ms. Durbin her first screen kiss in the movie “First Love.” (Robert Stack was the actor chosen.) She was given a special miniature 1938 Academy Award for her “significant contribution in bringing to the screen the spirit and personification of youth.”
In movie after movie Ms. Durbin’s character found a way to help the struggling grown-ups in her life: reuniting her divorced parents, persuading the conductor Leopold Stokowski to help her out-of-work musician father, cajoling a stranger into becoming her father for a day. 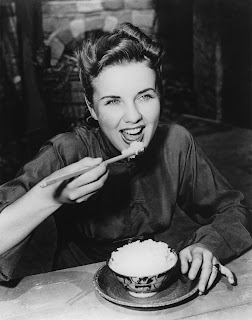 Many of the films were Depression fairy tales in which Ms. Durbin won over or defeated silly rich people with the help of butlers, cooks and chauffeurs, who often risked their jobs to aid her.
After moving to France in 1949 and settling outside Paris in the village of Neauphle-le-Château, Ms. Durbin devoted most of her time to keeping her home, cooking and raising her children. In addition to Peter, her son from her marriage to Mr. David, Ms. Durbin had a daughter, Jessica, from her second marriage. Mr. David died in 1999, a few months before their 50th wedding anniversary.
Mr. David once said that he and Ms. Durbin had made a deal that he would protect her “from spiders, mosquitoes and reporters.”
Ms. Durbin, who gave almost no interviews after she left Hollywood, did send reporters a letter in 1958 that read in part: “I was a typical 13-year-old American girl. The character I was forced into had little or nothing in common with myself — or with other youth of my generation, for that matter. I could never believe that my contemporaries were my fans. They may have been impressed with my ‘success.’ but my fans were the parents, many of whom could not cope with their own youngsters. They sort of adopted me as their ‘perfect’ daughter.”
In the letter, which was excerpted in some newspapers, she also wrote: “I was never happy making pictures. I’ve gained weight. I do my own shopping, bring up my two children and sing an hour every day.” 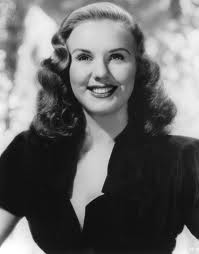