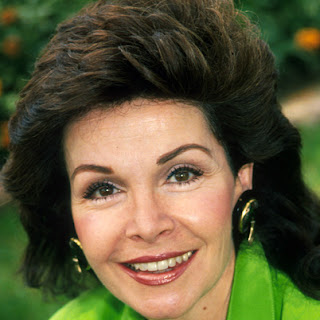 Annette Funicello, the dark-haired darling of TV's “The Mickey Mouse Club” in the 1950s who further cemented her status as a pop-culture icon in the '60s by teaming with Frankie Avalon in a popular series of “beach” movies, died Monday. She was 70. Funicello and her husband, Glen Holt, had moved from the Los Angeles area after a 2011 fire gutted their home in Encino.

Funicello, who was diagnosed with multiple sclerosis in 1987 and became a spokeswoman for treatment of the chronic, often-debilitating disease of the central nervous system, died at Mercy Southwest Hospital in Bakersfield, Walt Disney Co. spokesman Howard Green said.

Bob Iger, Disney’s chairman and chief executive, said: “Annette was and always will be a cherished member of the Disney family, synonymous with the word 'Mousketeer,' and a true Disney legend. She will forever hold a place in our hearts as one of Walt Disney’s brightest stars, delighting an entire generation of baby boomers with her jubilant personality and endless talent. Annette was well known for being as beautiful inside as she was on the outside, and she faced her physical challenges with dignity, bravery and grace. All of us at Disney join with family, friends, and fans around the world in celebrating her extraordinary life.”

Funicello was a 12-year-old dance-school student when Walt Disney saw her performing the lead role in “Swan Lake” at her dance-school's year-end recital at the Starlight Bowl in Burbank in the spring of 1955. She joined a group of other talented young performers hired to become Mousketeers on “The Mickey Mouse Club,” the children's variety show that debuted on ABC in October 1955 and quickly became a daily late-afternoon ritual for millions of young Americans.

Like her fellow female Mousketeers, Funicello wore a mouse-eared beanie, a blue pleated skirt, and a white, short-sleeved turtleneck sweater with her name emblazoned in block letters across her chest. But there was something special about the Mouseketeer with the curly black hair that unexpectedly turned her into the ensemble cast's biggest star. 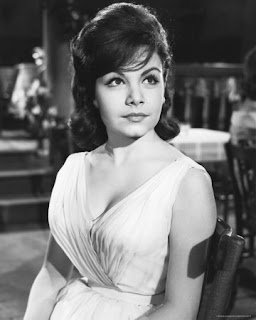 Funicello made her acting debut on “The Mickey Mouse Club” serial “Adventure in Dairyland.” She also appeared in two of the popular “Spin and Marty” serials about a Western dude ranch for boys, with Tim Considine and David Stollery in the title roles. And in 1958, Disney showcased his prized Mousketeer in her own “Annette” serial.

After “The Mickey Mouse Club” ended production in 1958 and wet into reruns, the 15-year-old Funicello was the only Mouseketeer to remain under exclusive contract to the Disney studio. She made her feature-film debut in “The Shaggy Dog,” a 1959 comedy starring Fred MacMurray. It was the first of four Disney feature films she appeared in over the next six years, including “Babes in Toyland,” “The Misadventures of Merlin Jones” and “The Monkey's Uncle.”

Funicello received a big career boost when Disney agreed to loan her out to American International Pictures to make “Beach Party,” the song-filled, low-budget 1963 comedy in which she was first teamed on the big screen with Avalon. In the wake of the success of “Beach Party,” Funicello and Avalon co-starred in “Muscle Beach Party,” “Bikini Beach,” and “Beach Blanket Bingo.” 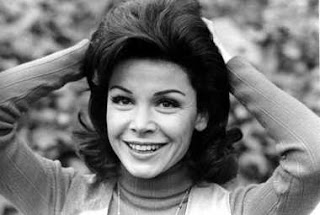