Here is a great story that Danny Kaye's only child, Dena, wrote about her father... 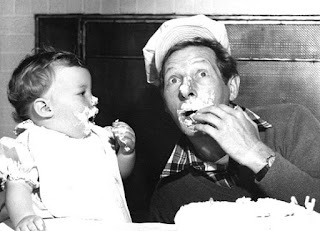 Her Heart Belongs to Daddy: A Daughter Reminisces
By Dena Kaye

Imagine Robin Williams, Tommy Tune and Tony Bennett all on the same stage, at the same time, and you'll have an idea of what it was like to see Danny Kaye perform solo. Kaye, who died in 1987, had his heyday in the forties and fifties - on the stage (he got his big break in 'Lady in the Dark' in 1940) and in the movies ('The Secret Life of Walter Mitty', 'The Inspector General', 'The Court Jester', 'White Christmas', to name a few).

Danny Kaye could do anything: dance like a dream, sing liltingly and wittily (his specialties were the musical tongue twisters written by his wife and chief collaborator, Sylvia Fine) and act in both dramas and comedies. He was a man of protean talents, awesome energy and myriad interests, from conducting music to cooking.

For more that thirty years, while he traveled as UNICEF's first goodwill ambassador (he once visited 65 cities in five days), he was considered a father figure to the world's children. But in truth he had only one child: his daughter, Dena. She has rarely written about her famous father - and never so intimately as she has for this issue.

I was six years old the first time I saw my father perform live in a theater. I can still see myself sitting in the third row of the orchestra. From the stage, my father called out to me, "Are you having a good time, sweetheart?" I emitted a faint and hesitant "yes." A little while he asked me again, and then again. Each time my "yes" got more and more tremulous. After the show, I ran into his dressing room, threw myself into his arms and said, between sobs and gulps, "I don't want anybody laughing at my daddy." 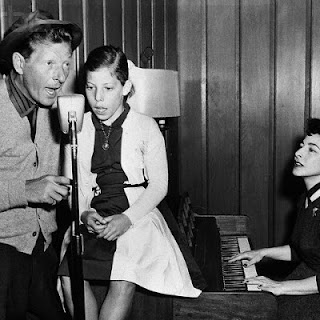 How could I have known at such a tender age that laughter was the gift he gave to the world? It wasn't until years later that I would find myself doubled over, my ribs aching with glee, my spirit light as air. I loved what Walter Winchell once wrote about my father in a movie review; "Ushers might be knocked to the ground by people rolling in the aisles." Making people laugh, though, was only part of his repertoire. In his own profession, a word he used with great pride, he was an actor who danced (just think, he performed Fred Astaire's role in 'White Christmas'), a dancer who sang and a mimic who brought tears to your eyes. He had style and grace. He was elegant even when he was zany. His gymnastic face expressed every emotion. The great pianist, Artur Rubenstein noted, "As with Chaplin, I am not so much amused as I am moved."

Unlike anyone else I can think of, my father had a breathtaking assortment of talents. His roles ranged from a concentration-camp survivor in 'Skokie' to the title character in 'Hans Christian Anderson'. He enunciated to perfection the furiously fast and complex lyrics written by my mother, Sylvia Fine, and invented a gibberish of onomatopoeia - interspersed with the odd real word - whose meaning was somehow absolutely clear. "Danny accepted no boundaries," Harry Belafonte, a fellow UNICEF ambassador, once said. "That's the highest form of creative energy." His gifts were showcased in equally diverse venues: on Broadway, in nightclubs, in movies, on television and in his one-man show in theaters. He was a charter member of the pantheon of consummate communicators who made a beeline for your soul. While you were in Danny Kaye's presence, he held you in the palm of his hand. And to me, his hands were his signature, a ballet unto themselves, an eloquent accessory to whatever he did. Mikhail Baryshnikov called them "regal and magnetic". 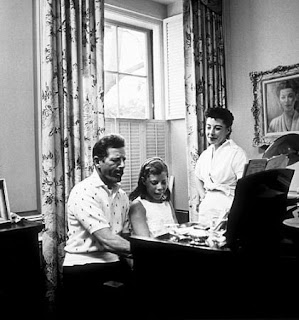 "I had to become an entertainer," my father once said, "because, maybe, that was the fundamental way I could express myself." Fundamental, yes, but I marvel at the other outlets for his creativity. Baseball-team owner (part-owner of the Seattle Mariners), conductor (more than fifty orchestras worldwide, including the New York Philharmonic and Amsterdam's Concertgebouw), commercial-rated jet pilot and chef extraordinaire, he was Walter Mitty. I never heard him say, "I wish I had done…" A high-school dropout propelled by his own curiosity and restlessness, he was hands-on and knee deep in anything he did. It's one of his qualities I admired most. This intensity, combined with his commitment to excellence, made him an expert in whatever he set out to do. To learn how to cook Chinese food, he chopped and chowed with a master chef in San Franscisco, read Chinese cookbooks as though they were novels and built a Chinese kitchen in the alley behind our house. I'll never forget the time when three of France's most famous chefs came for a Chinese meal. "Why should I be nervous?" my father asked, anticipating the obvious question. "What do they know about Chinese food?"

"You could ask anything of him," said one screenwriter. "The more difficult, the more fun he had." He took fencing lessons for one scene in the movie 'The Court Jester' and became so proficient that the instructor had to stand in for the other actor. A lifelong baseball (translation: Dodger) fan, he was already fluent in all aspects of the game, from the dugout to the corporate office, when he himself became a team co-owner in the late seventies. He participated fully. "I'm crazy about what I do," he'd say. "When I'm conducting, I think that's my favourite; when I fly an airplane, that's what I like best; and when I travel for UNICEF, that satisfies me the most." My father never did anything for show: he did whatever he did because he was profoundly interested in it.

That same truth motivated his giving nature - on the world scene and in his friendships. He was there for his friends. And for me. As I grew up, left the nest and became a journalist and world traveler, he always listened carefully, offered his opinion (he gave me advice on everything from interviewing techniques to affairs of the heart) and then let me find my own way. He never insinuated his own agenda into my life. Had I announced out of the blue that I was moving to the outback to raise sheep, he would have said, "Great, when can I come visit" He entertained troops and conducted major symphony orchestras the world over to raise millions for the Musician's Pension Fund, never taking, or expecting, a fee. He couldn't read a note of music and learnt his entire program by ear. He sang the music cues for the orchestra. Violinist Itzhak Perlman once said, "He gets a better sound out of the orchestra than most conductors." My father's best-known role outside his profession was UNICEF's ambassador to the world's children, a position he held from 1954 until the end of his life and which popularized the idea of using celebrities to drawn attention to worthwhile charities. In fact, he was asked to accept the Nobel Peace Prize on behalf of UNICEF in 1965, and he received his two Oscars for his humanitarian work. Among his greatest gifts, I think, was his ability to enter completely into whatever world he was in. He related to children with a child's lack of inhibition. From Japan to India to Africa, there was no language barrier. He rolled on the floor, he rubbed noses, he danced, he sang kid's songs, he made funny noises. "Children," he said, "recognize instinctively what is true and what is not." 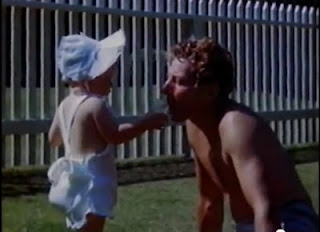 It pleased my father to share his interests and rediscover things he liked through someone else's eyes. Under his expansive wing, I learned about everything from the merits of delicatessen mustard to the wonders of the Old City of Jerusalem. He traveled in his comfortable (not necessarily stylish) uniform of jeans, Izon shirt, leather jacket, brimmed hat and custom-made shoes (he eschewed conventional ones because he rightly observed they had little to do with the real shape of the foot). He took me into a world where in the course of a morning we would go from a high-level briefing to a one-table restaurant on a dirt road. He was at ease in wildly different circumstances. I admired - and learned from - that.

To my mind, one of his unusual virtues was that he had high standards, but he wasn't a snob. He was born in East New York, a Brooklyn neighbourhood whose residents were of mixed backgrounds, cultures and religions. "Everyone born here liked a person for who he was," he said, "not for where he came from or who his parents were." If my father found someone interesting, he or she was on his list. The world of networking for any reason, professional or otherwise, was unknown to him. He didn't travel with an entourage. He liked good caviar and Kentucky Fried Chicken equally. Boxed into a corner about something he thought was unnecessary, unreasonable or just against his principles, however, he sorted it out "a la Danny Kaye."

We used to joke about his taking his 'charm pills' before he went to cocktail parties and receptions. He hated social small talk for the same reason he hated five-minute interviews: he felt nothing could be discussed meaningfully. In one case, he walked into a reception, relieved the waitress of a large tray of hors d'oeuvres, made his way around the room serving astonished guests until the tray was empty, and left. Even at home he would make a moment unmistakably his. One day he came back from playing golf, and before he had the chance to put down his car keys, my mother said, "Darling, it's so nice out. Why don't you take a jump in the pool?" Without missing a beat, he just kept right on walking and did - golf clothes, beautiful suede jacket, car keys and all.

He often held to his credos rigidly. His dedication to - you might say obsession with - promptness was well known. "I'd rather be an hour early," he'd say, "than five minutes late." Typically, he'd spend all day shopping and preparing for dinner. Those renowned Chinese meals required two days. If you were late, you might never be invited again. He respected other people's time and felt that other's lateness showed a lack for his time. "People said he was difficult," says Suzanne Hertfelder, his longtime personal assistant. "What is difficult about expecting 100 per cent if you give 100 per cent?"

I miss him 100 per cent. I miss his Key lime pie, the aroma of his Tweed cologne and his joy at whatever he did. Honestly? I miss just about everything... 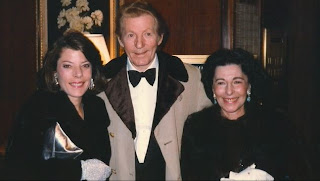 SOURCE
Posted by David Lobosco at 4:51 AM