BETTY HUTTON AND HER DAUGHTERS 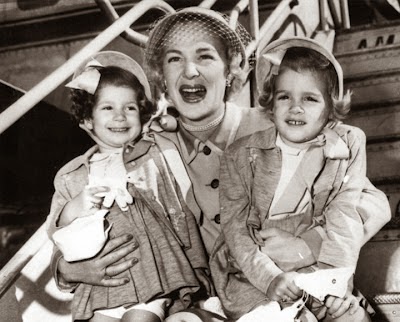 It seems very hard to be a celebrity. There is no personal life when the spotlight is shining on you 24/7. I am not sure how a celebrity can even be a parent with that constant public glare. One of the classic stars that never quite was considered a "good" parent was blonde bombsell Betty Hutton.

There's not a lot of public detail about the rift between Betty Hutton and her three daughters, but its existence is undeniable. In an interview in 1974, the actress indicated her dissatisfaction with family:

"My marriages have not been happy, my children didn't bring me happiness, nothing has brought me true happiness until I discovered Catholicism," she said.

At that time, Hutton was 53. Her eldest daughters, from her first marriage, were 27 and 28. Her third daughter, from her fourth, long-dissolved marriage, was 13.

In that same interview, Hutton said that before her contact with the church, no one had loved her unless she "bought" them. "So I bought everybody," she said.

Hutton didn't have great role models. Her father abandoned the family when she was a toddler. Her mother was an alcoholic who sold homemade beer to speakeasies during Prohibition. As young girls, Hutton and her sister helped support the family by singing for bar customers. She quit school in ninth grade but kept singing and was hired as a vocalist for a big band. She then made her way into the movie industry and became a star.

Hutton made about two dozen pictures and is best remembered for her role as legendary marks woman Annie Oakley in the 1950 film version of  Annie Get Your Gun. However she struggled with an addiction to pills and alcohol...and with relationships. All four marriages ended in divorce. During one of Betty's many comebacks, she appeared with her daughters on television in the late 1970s and early 1980s.

"My husbands all fell in love with Betty Hutton," she once said. "None of them fell in love with me."Hutton died of colon cancer in 2007 at age 86. Reportedly, none of her daughters sought to attend her funeral.

I contacted the Betty Hutton Estate, and they did not answer as to the whereabouts of her daughters. They simply said "They are still alive and deserve their privacy. When one intrudes on their privacy then you run into the subject of lawsuits and litigation." It is kind of an odd statement to make when one is just seeking out information to get with any of Betty Hutton's daughters to get their side of the story. If anyone knows of their whereabouts, please contact me... 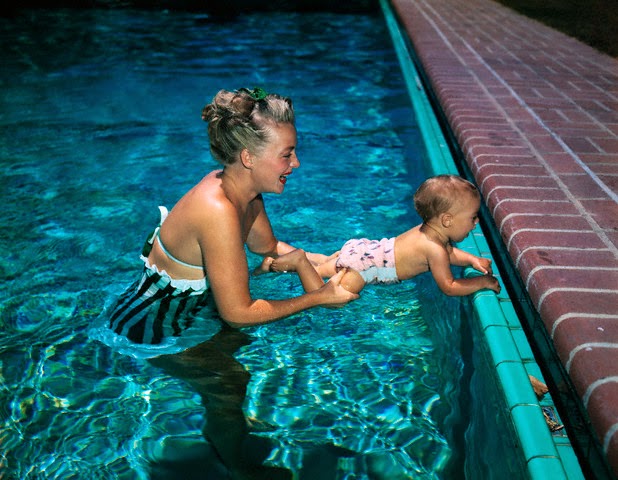