A LIFETIME OF PAIN: THE SHORT LIFE OF NEDRA SANDERS BROCCOLI 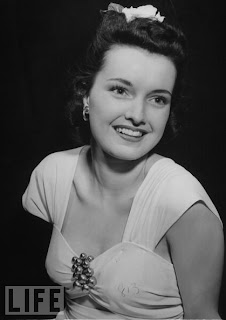 The name of Nedra Sanders Broccoli is not known much to anyone. Nedra only made a couple of movies despite her great beauty. However, in her short life she was associated not only with famous men of Hollywood but horrible personal tragedy that no one, famous or not, should ever have to deal with.

Nedra Sanders was born on February 28, 1919 in Missouri. She was the daughter of Ethyl Reeves and William J. Sanders. A local beauty, she married young. The marriage was not working out but she was the mother of a beautiful son by the name of Douglas. In 1941, Nedra decided to divorce her husband William Evans, and this first marriage would end in tragedy. On the night before William was to sign the divorce papers, he murdered the two year old Douglas, and Nedra's mother Ethyl who tried to intervene and stop the tragedy. Nedra was stabbed many times and almost died from a loss of blood. William Evans got life in prison, but Nedra lost her beloved son and mother. Her father never recovered from the incident, and he died in 1946.

While Nedra was recovering in the hospital, an up and coming crooner was visiting a friend in the hospital. He saw Nedra as she was recovering from her wounds - both physically and mentally. That singer was Buddy Clark. Clark sang with numerous big bands in the 1930s, and he was currently becoming one of the top singers for Columbia Records. He did not have the looks of Frank Sinatra or Bing Crosby, but Clark had a kind heart, and the two fell in love. 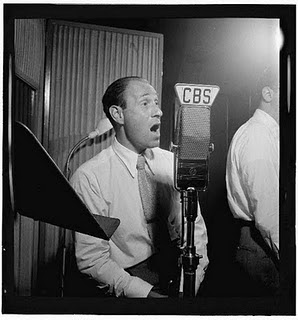 They were married in 1942, and although Buddy had two children from a previous married, the couple were anxious to start a family. In 1943, they had a daughter that they named Penny. Life was seemingly back on track for Nedra, and she put the horrors of her past behind her. However, new horror was around the corner. Buddy Clark was a huge college football fan - namely cheering on Stanford University. On October 1, 1949 he was a passenger on a small plane leaving the Stanford-Michigan game. After the game on the way back to Los Angeles, the plane developed a sputtering engine problem, due to lack of gas, and lost altitude and crashed on Beverly Boulevard, in California. Buddy was thrown from the plane. He did not survive the crash. At that time, he was 37 years old reaching new heights of popularity. Buddy died from his injuries at a hospital a few hours later.

The strange part of this freaky accident was that no one else on the plane was reported to have died, nor was there any one on Beverly Boulevard reported hurt. James L. Hayter, pilot of the chartered twin engine Cessnas plane who suffered chest injuries gave his explanation of the crash: He was attempting to land the plane at suburban Burbank, Ca., because of a low supply of fuel when it ran into overcast. When it emerged. He said, he didn’t know where he was. "I switched on the emergency fuel tank just before we got over Los Angeles." he said. "When she started sputtering I thought the fuel line might have been clogged, but later I figured we were out of gas. I just picked a spot and set her down." 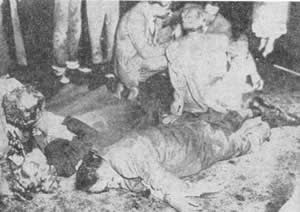 The plane clipped branches from treetops and sheered off two power lines. Directly over Beverly Blvd., it lost its tail assembly and crashed. Four of the passengers were tossed clear of the wreckage by the impact. Despite the heavy traffic on the Beverly Blvd.,the California police regarded the crash a little short of a miracle that the plane landed on Beverly Blvd., without causing greater damage,and drivers below pulled to the curb upon seeing the plane over-head.

Nedra again had to pick up the pieces. Frank Sinatra and Bing Crosby, both rivals to Clark helped out the family financially, and Sinatra even served as a pall bearer at Clark's funeral. However tragedy would once again face Nedra in 1950. Seven year old Penny Clark, the beloved daughter of Nedra and Buddy was killed months after Buddy died. She was crossing the street with her mother when a car veered out of control and hit Penny. Penny died instantly on August 14, 1950. So in less than a decade, Nedra lost her parents, two children, and a husband. 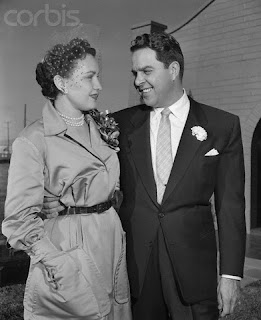 In 1952, Nedra married for the third time to up and coming producer Albert Broccoli. Broccoli would go on to develop the James Bond series in the 1960s that made him nearly a billionaire. At the time he met Nedra, he was just trying to form his own production company. The couple were told they had fertility problems and would never have children. They adopted a son, Tony Broccoli in 1954, after which Nedra became pregnant. While Nedra was pregnant doctors discovered she had incurable bladder cancer. Their daughter Tina was born in 1956, but Nedra would only live a few years after the birth.

Nedra Sanders Broccoli died on September 12, 1958. She was only 39 but lived a lifetime of tragedy, heart ache, and pain...
Posted by David Lobosco at 5:15 AM