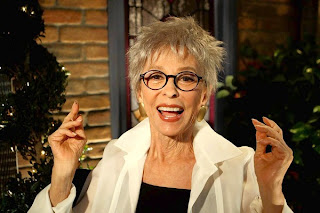 "Do you know how many times I am asked to play somebody's mother or grandmother who pours the coffee?" Rita Moreno said in a recent interview. "I call it pouring the Bustelo. That is Puerto Rican coffee. I am not going to do that. Not at 79."

So she especially loves her latest role as Fran Drescher's wisecracking mother in the new TV Land sitcom "Happily Divorced," which premiered two weeks ago. The comedy is based on Drescher's own life. Her now-ex-husband, Peter Marc Jacobson, who is producing the series, came out of the closet after they had been married for several years.

"The show we did last week, the laughs were so extended they had to start editing the show to accommodate the laughs. That is what I call a first-class dilemma," said Moreno, relaxing in her dressing room at CBS/Radford Studios during a break in the rehearsal. "I am playing a New York Jewish woman. I am as happy as an uneaten clam."

Moreno, a widow with a grown daughter and two grandsons, had worked with Drescher when she guest-starred on the comic actress' previous series, "The Nanny." "We did pursue her to play this role," said Drescher. Added Jacobson: "The second she came in to read, we knew she was the right choice. And she fits perfectly as Fran's mom."

Despite her career ups and downs, Moreno still loves performing as much as when she started doing bar mitzvahs in New York when she was 5. "There are parts of show business that I hate," she noted, "But we all do. But here I am at 79, kicking and bopping. I am doing my one-woman show about my life in September at the Berkeley Repertory Theatre. It's called 'Life Without Makeup.' We are hoping to take it to New York. It's been quite a life."

Moreno was 13 when she made her Broadway debut in the drama "Skydrift." A few years later, a talent scout from MGM saw her at a dance school recital. "He came backstage and talked to my mom," Moreno recalled. "It was the studio of my dreams -- Gene Kelly, Ann Miller, Judy Garland." 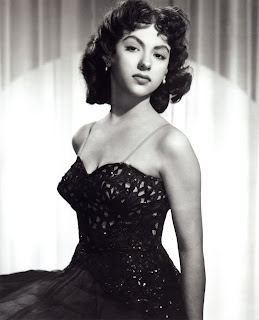 But she wasn't immediately whisked to Hollywood. "He [the scout] said, 'I don't think the time is right yet.' " But about eight months later he called to arrange a meeting with studio head Louis B. Mayer at the Waldorf-Astoria. "I had never been in a hotel in my life," Moreno said. "We lived in a ghetto."

Moreno showed up looking like her idol, Elizabeth Taylor. "I was doing my hair like her, my eyebrows," she said. The Taylor reference wasn't lost on Mayer, who signed her because she looked like the MGM star.

But once she got to Hollywood, the studio didn't know what to do with Moreno. "I started to play all of those native girls," she said with a sigh. "Thus started what I call 'the struggle.' " 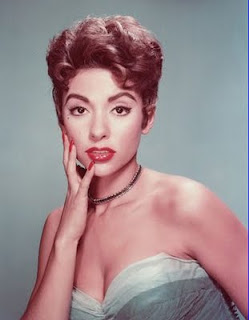 The "anomaly" was when Kelly cast her as the flapper actress Zelda Zanders in the 1952 classic "Singin' in the Rain." "It was a little part, but I was not playing Lolita Conchita. Sadly enough, I thought 'This will be the beginning of my new career; now I can play other nationalities,' but that didn't happen." Moreno quickly pointed out that she has nothing against playing Latina characters, "but I want to play Hispanics that exist and are real."

She got her opportunity with 1961's "West Side Story," in which she played Anita, the hot-tempered sister of naive Maria (Natalie Wood). She triumphed in the Oscar-winning film directed by Robert Wise and choreographer Jerome Robbins with her sizzling number "America." 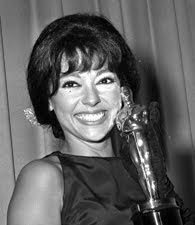 "Everyone had trouble with Jerome Robbins," she admitted, describing the late choreographer-director as "extremely difficult and mean." Still, said Moreno, "he was a genius, and right now I would drop everything to work with him again"...