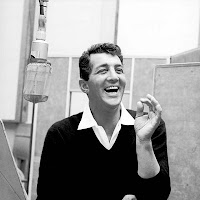 Dean Martin was more than a crooner. In his almost 50 year career, Dino proved he could not only sing but act, dance, and entertain millions of fans. He made it look so effortlessly that often his talent is overlooked. Dino would have turned 94 on June 7th this month. To honor his birthday, I am having a little contest. It is a laid back contest - laid back and easy like old Dino was.

Here are the rules:
-Simply send me an email at dlobo74@gmail.com. Put the name Dino in the subject. In the email just give me your name and favorite Dean Martin recording. That is all!
-I will randomly pull a name on June 15th and announce the winner on my blog. I will also notify you via email.

The Prize:
-I recently put together a private CD called DEAN MARTIN:THE TELEVISION YEARS.
-It contains more than 25 songs from television appearances that Dean made through the years like his rendition of "Three Coins In The Fountain" from the 1955 Academy Awards, as well as songs he sang on his great television show which aired from 1965-1974.
-The CD also have some great duets Dino did with stars such as The McGuire Sisters, Gisele MacKenzie, Phil Harris, and of course Frank Sinatra. 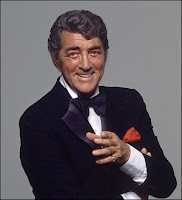 Hope you all have fun with this little contest, and remember Dean Martin in June! Check back to the blog from time to time for some Dino related articles in June as well!
Posted by David Lobosco at 5:41 AM