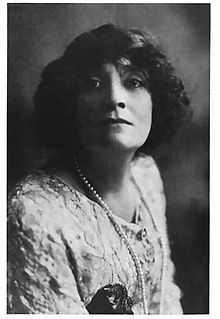 Who the heck is Eugenie Besserer you may ask? No one born in the last fifty years probably knows. Eugenie Besserer is an actress that was born during the Johnson administration. Not Lyndon Johnson, but Andrew Johnson. I have only seen one movie she was in, and it probably her best remembered role. She played Al Jolson's mother in The Jazz Singer in 1927.

Born in Watertown, New York on Christmas 1868 to French-Canadian parents, she was taken by her parents to Ottawa, Ontario, Canada as a girl and spent her childhood there. She was left an orphan and escaped from her guardians at the age of twelve. She came to New York City and arrived at Grand Central Station with only 25 cents (Canadian currency) in her pocket. She managed to locate a former governess, with the assistance of a street car conductor, who helped Eugenie locate an uncle, with whom she lived. She continued her education.

Besserer's initial theatrical experience came with McKee Rankin when the producer had for a star, Nance O'Neill. Soon she appeared with stage luminaries like Frank Keenan and Wilton Lackaye. As a youth she played a juvenile part with Maurice Barrymore. She performed a season at Pike's Opera House in Portland Oregon. Another season Eugenie acted in a drama opposite Henry Kolker. The actress came to Hollywood in 1910 when films were just starting to be made there. The illness of her sister brought her to the west coast. In motion pictures Eugenie was usually cast in mother roles, most famously as mother of the Al Jolson character in The Jazz Singer ("Mammy"). Jolson famously sings "Blue Skies" to her. She was 59 when she made that film. 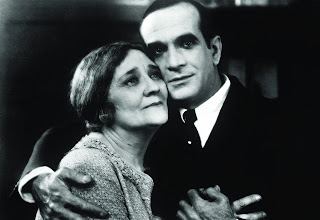 She shared a home with her husband, Albert W. Hegger, an art dealer, from the time she came to Los Angeles. They lived in a hilltop home above Silver Lake, and had one daughter, only known to us as Mrs. R.F. Ulrich.

Her last movie was To the Last Man, a 1933 Western starring Randolph Scott. In the film she played Granny Spelvin. On May 28, 1934 Eugenie Besserer at the age of 65, from a heart attack at her home. Having married Hegger when she was a teenager, the couple were due to celebrate their golden wedding anniversary in 1935. A funeral mass was held at St. Theresa's Church, with a rosary service at Edwards Brothers Colonial Mortuary, Venice Boulevard, in Los Angeles, California. She is buried in Calvary Cemetery, East Los Angeles. She mostly played motherly roles, but the roles she did play were important to the early days of film making... 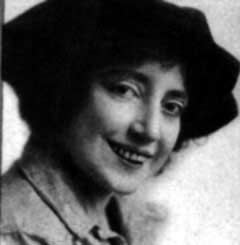 Posted by David Lobosco at 6:18 AM