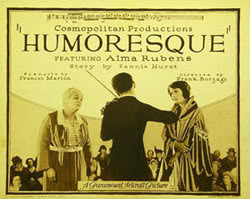 It may seem hard to believe now, but there were awards given out in Hollywood before the Oscars came along.

Nine years before the first Academy Awards were handed out in 1929, the movie fan publication Photoplay magazine created the first motion picture awards. Unlike the Oscars, which are voted on by the members of the Academy of Motion Picture Arts and Sciences, the Photoplay Magazine Medal of Honor winner was selected by readers.

All the surviving winners of the medal of honor from 1920 to 1928 will be screened Monday evenings during the academy's "Summer of Silents" at the Samuel Goldwyn Theater. Besides the award-winner, the Monday-evening programs (there is no screening on July 4) will feature live music accompaniment, special guests and shorts from that year.

The series kicks off Monday evening with the 1920 melodrama "Humoresque," based on a Fannie Hurst story about a young violinist from the Jewish slums who becomes a success due to the help of his mother. (The 1946 remake turned the tale into an ill-fated love story.) Also screening is Buster Keaton's comedy classic, "One Week." Film historian Cari Beauchamp, the biographer of "Humoresque" screenwriter Frances Marion, will introduce the film and there will be live accompaniment by pianist Michael Mortilla and violinist Nicole Garcia.

Other films in the festival include the 1922 Douglas Fairbanks classic "Robin Hood"; the seminal 1923 western "The Covered Wagon"; King Vidor's World War I epic "The Big Parade," which will be presented by academy Honorary Award recipient Kevin Brownlow; the rarely seen 1926 adventure 'Beau Geste"; and the 1927 Frank Borzage romance "Seventh Heaven." Film historian and preservationist Brownlow will also introduce a bonus screening of Keaton's 1927 masterwork, "The General." 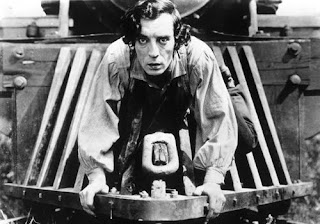 "There is a preservation element to the festival," said academy programmer Randy Haberkamp. "'The Covered Wagon's' full-length version doesn't exist anymore. And the 1924 winner, 'Abraham Lincoln,' only exists in fragments."