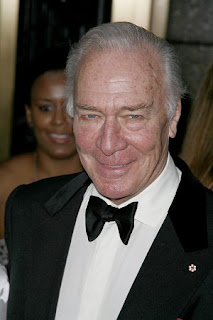 NEW YORK – Ewan McGregor was having a hard time keeping up with Christopher Plummer.

At the suggestion of director Mike Mills, McGregor had brought his 81-year-old co-star to Barney's in Los Angeles to pick up a scarf for Plummer's elderly gay character in their film "Beginners." But Plummer had other designs.

"Christopher only wanted to get skinny black jeans," recalls McGregor. "That was his main goal in life. When we got there, he asked where the jeans department was, and off he went to find skinny jeans."

That one of the finest living interpreters of Shakespeare and one of the few remaining greats of classical acting was hell-bent on procuring a hipster staple might seem odd. But then again, Plummer has seldom acceded to the stereotypes of old age.

"I'm glad (my ambition) is still there," he says in a recent interview. "If it faded, what's there to live for? It makes you appreciate other things if you keep working at your job and you love your job. Too many people in the world are unhappy with their lot. And then they retire and they become vegetables. I think retirement in any profession is death, so I'm determined to keep crackin'."

Plummer's remarkable late period began with his acclaimed performance as Mike Wallace in Michael Mann's 1999 film "The Insider," continued in films such as 2009's "The Last Station" (his performance as a fiery yet deteriorating Tolstoy was nominated for an Oscar) and perhaps culminated with his staggering "King Lear" at Lincoln Center in 2004.

In "Beginners," which opens in theaters Friday, Plummer gives yet another career-capping performance. He plays Hal, a 75-year-old who comes out of the closet after his longtime wife dies, and shortly before terminal cancer sets in. McGregor stars as his son in a film largely based on Mills' own family.

The role suits Plummer particularly well because Hal, like Plummer, is randy, funny and undimmed.

"The wonderful thing about Hal is that he has such a ball at the end of his life," says Plummer. "It was a charming script, I thought, and so lacking in sentimentality and self-pity. ... Usually, when scripts like that come along, you have to work so hard to play against them because they're just so saccharine. And the writers and producers will tell you that's what the public wants. Blow it out your bum!" 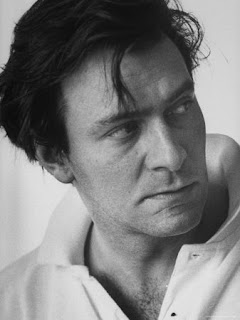 Plummer long chaffed at less dynamic roles, none more than his most famous part: Capt. Von Trapp in "The Sound of Music." In his rollicking 2008 memoir, "In Spite of Myself," he surveys a life begun amid Montreal privilege, carried through boozy 1950s New York and swinging 1960s London, and ultimately spent in reverence of, as he says, "the Thee-ah-tah." He also refers to "The Sound of Music" as "S&M" and laments the "humorless and one-dimensional" Von Trapp.

"We tried so hard to put humor into it," he says. "It was almost impossible. It was just agony to try to make that guy not a cardboard figure."

The role catapulted Plummer to stardom, but he never took to leading men parts.

"I hated playing them," he says. "They were so innocuously and badly written and cardboard figures, most of them. In my 40s, I began to suddenly enjoy making movies because the character parts are so much more interesting. I started having a ball and working with much better directors — John Huston, for example, and Anatole Litvak from the old school. After Michael Mann's `The Insider,' then the scripts improved. I was upgraded! Since then, they've been first-class scripts. Not all successful, but worth doing."

All the while, though, Plummer returned to the stage. The Canadian-born actor has performed most of the major Shakespeare roles (among them Hamlet, Macbeth, Henry V and Iago), often at the Stratford Shakespeare Festival in Canada. Plummer, who lives with his wife of 41 years, Elaine Taylor, in Weston, Conn., last year played Prospero in "The Tempest" at Stratford. 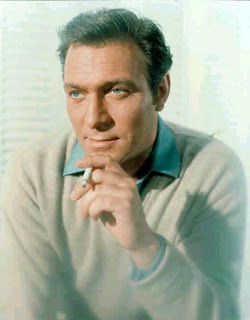 "I've become simpler and simpler with playing Shakespeare," he says. "I'm not as extravagant as I used to be. I don't listen to my voice so much anymore. All the pitfalls of playing the classics — you can fall in love with yourself."

"I'm determined to finish playing all the great parts," says Plummer. "I think I have, actually."

Actors who have recently worked with Plummer speak of his unceasing joy in his work and his commitment to still growing as an actor.

"That was the surprising thing about Christopher, just how contemporary he is as an actor, how modern it feels when you're working with him," says McGregor. "Acting was very different and it's evolved. But what's very clear is that so has Christopher's acting. He gives an amazing performance in this film, but ... we were never aware of his performance. It just felt like I was in a scene with my dad."

Mills, whose only previous feature was 2005's "Thumbsucker," calls Plummer "a bit of a rascal, in the best sense of the word."

"It's really contagious being around a 79-year-old man (during filming two years ago) that loves what he's doing and isn't taking it for granted," says Mills. "There's something really magical and special about that. Ewan and I both talked about that a lot, like, `Wow, I want to be like that.'"

Plummer has been working at a pace of about three films and a play every year. He co-stars in the highly anticipated "The Girl With the Dragon Tattoo," due out later this year, and is currently prepping roles in two films and one play (though he declines to name them).

He says he relishes finding "new ways of simplifying things," and is enjoying acting more than ever.

"It's cliche, but you know that you have to," he says. "You appreciate life much more because there's so little of it left. I must say there's a sort of panic, too, that takes over when you hit 80. Am I going to be able to do all the things that I want to do, starting now? "Rather like Hal, in that respect, that he starts his life when it's too late. But never too late because even five minutes is glorious."