WHERE ARE THEY NOW: AILEEN QUINN 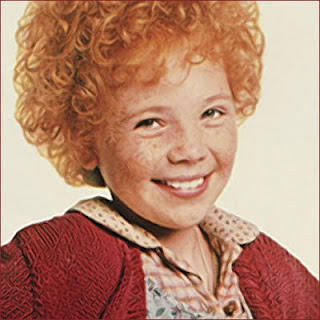 You may not recognize the name Aileen Quinn, but you know her better as "Annie". Quinn starred in the 1982 movie version of the hit broadway musical ANNIE. The movie version, directed by John Huston, was not considered a hit when it came out, but it has developed a cult following.

Aileen Quinn was born in Yardley, Pennsylvania, United States in 1971, to a Helenann Quinn, a theater actress, from whom she drew the inspiration to also become an actress. Raised in both Pennsylvania and New Jersey, Quinn was a swing (covering multiple orphan roles) in the Broadway company of Annie before moving on to the title role at age 10 in the film production of Annie (1982).

She was chosen to be Annie in the film version from 8,000 girls. The announcement was made in January 1981 by director John Huston, who introduced Aileen as his Annie to the world on nationwide TV. In 1985 she was Dorothy in 'The Wizard Of Oz', and in 1986 she was Annie once again, except this time it was the stage musical. Opposite her as Daddy Warbucks was Harve Presnell, who had played the role for years on Broadway and in one of the National Tours. When Aileen was a senior in high school, she starred in 'A Day In Hollywood, A Night In The Ukraine' in Bristol, Pennsylvania.

Aileen graduated in the spring of 1989 and did one year at Pitzer College in southern California before transferring to Drew University nearer home in New Jersey. (B.A. with honors in Spanish from Drew University) Like numerous child stars before her, Aileen chose not to study show biz in college; instead she took a few years away from it and studied languages, especially Japanese and Spanish. She spent six months with a family in Chile as part of an exchange program in college and considered it one of her life's most rewarding experiences. 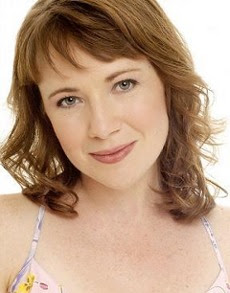 After graduation from Drew, Aileen once again took to the stage and in 1994 she played Bette in 'Oliver!' at the famous Paper Mill Playhouse in Millburn, New Jersey. And at the end of 1995 she went out on tour in 'Fiddler On The Roof'. In 1997 Aileen was in two off-Broadway shows, 'Dreamstuff' and 'Yiddle With a Fiddle'. In 1998 she was on Broadway in 'Peter Pan', but in early 1999, Aileen left the show and moved to Los Angeles for a couple of years. 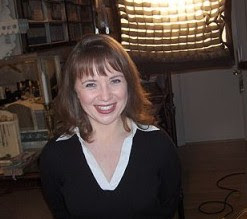 Quinn hosted Generation Gap, an interactive sitcom used to teach kids how to resolve conflicts. It was written and directed by filmmaker Edna Harris and aired on PBS in 2004. Quinn played a minor role in the 2009 film Multiple Sarcasms, starring Timothy Hutton and Mira Sorvino. Quinn is an adjunct theater professor at Monmouth University in West Long Branch, New Jersey.

FOR MORE ON AILEEN QUINN AND ANNIE - PLEASE GO HERE