BORN ON THIS DAY: DEAN MARTIN 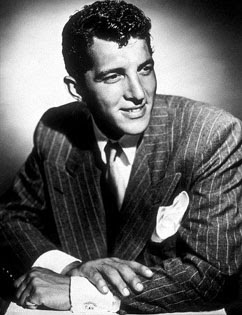 Born on this day - June 7 in 1917 was one of the coolest entertainers ever to grace this world - Dean Martin. Dean was born Dino Paul Crocetti in Steubenville, Ohio, to Italian parents, Gaetano and Angela Crocetti (née Barra). His father was from Abruzzo, Italy, and his mother was an Italian of part Neapolitan and part Sicilian ancestry. Martin was the younger of two sons. His brother was named Bill.

Martin spoke only Italian until he started school. He attended Grant Elementary School in Steubenville, and took up the drums as a hobby as a teenager. He was the target of much ridicule for his broken English and ultimately dropped out of Steubenville High School in the 10th grade because he thought that he was smarter than his teachers. He delivered bootleg liquor, served as a speakeasy croupier, was a blackjack dealer, worked in a steel mill and boxed as welterweight. He grew up a neighbor to Jimmy the Greek.

At the age of 15, he was a boxer who billed himself as "Kid Crochet". His prizefighting years earned him a broken nose (later straightened), a scarred lip, and many sets of broken knuckles (a result of not being able to afford the tape used to wrap boxers' hands). Of his twelve bouts, he would later say "I won all but eleven." For a time, he roomed with Sonny King, who, like Martin, was just starting in show business and had little money. It is said that Martin and King held bare-knuckle matches in their apartment, fighting until one of them was knocked out; people paid to watch.

Eventually, Martin gave up boxing. He worked as a roulette stickman and croupier in an illegal casino behind a tobacco shop where he had started as a stock boy. At the same time, he sang with local bands. Calling himself "Dino Martini" (after the then-famous Metropolitan Opera tenor, Nino Martini), he got his first break working for the Ernie McKay Orchestra. He sang in a crooning style influenced by Harry Mills (of the Mills Brothers), among others. In the early 1940s, he started singing for bandleader Sammy Watkins, who suggested he change his name to Dean Martin. 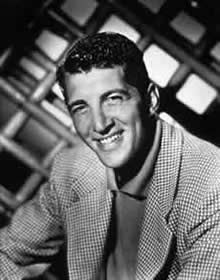 In October 1941, Martin married Elizabeth Anne McDonald. During their marriage (ended by divorce in 1949), they had four children. Martin worked for various bands throughout the early 1940s, mostly on looks and personality until he developed his own singing style. Martin famously flopped at the Riobamba, a high class nightclub in New York, when he succeeded Frank Sinatra in 1943, but it was the setting for their meeting.

Drafted into the United States Army in 1944 during World War II, Martin served a year stationed in Akron, Ohio. He was then reclassified as 4-F (possibly because of a double hernia; Jerry Lewis referred to the surgery Martin needed for this in his autobiography) and was discharged.

By 1946, Martin was doing relatively well, but was still little more than an East Coast nightclub singer with a common style, similar to that of Bing Crosby. He drew audiences to the clubs he played, but he inspired none of the fanatic popularity enjoyed by Sinatra.

Martin attracted the attention of Metro-Goldwyn-Mayer and Columbia Pictures, but a Hollywood contract was not forthcoming. He met comic Jerry Lewis at the Glass Hat Club in New York, where both men were performing. Martin and Lewis formed a fast friendship which led to their participation in each other's acts and the ultimate formation of a music-comedy team. Martin and Lewis's official debut together occurred at Atlantic City's 500 Club on July 24, 1946 and the rest is history... 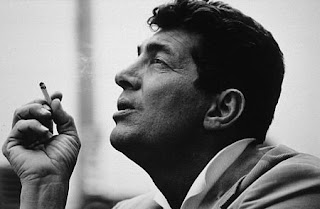