JERRY LEWIS AND THE DAY THE CLOWN CRIED 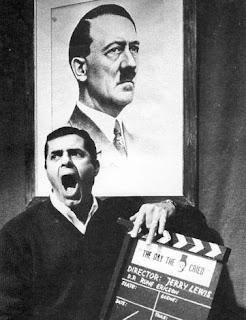 Every comedian wants to do drama. In classic Hollywood, funny men like Jackie Gleason, Bob Hope, and even George Burns were trying to be the next Spencer Tracy, and legendary comedian Jerry Lewis was no different. When Lewis went solo in the late 50s, he had big success writing, directing and acting in a number of classic comedies, peaking in 1963 with the original Nutty Professor.

As hilarious and groundbreaking as Lewis has been at his best, he's also been equally unfunny, schmaltzy, heavy-handed and tasteless at his worst, and it's hard to think of a better example of this than The Day The Clown Cried.

In the annals of bad movies, there is one film that still stands as the crown jewel of the realm. More than three decades after it was made, the urban legend of Jerry Lewis' The Day The Clown Cried still continues to grow, which is pretty amazing considering very few people have actually seen it (hence it turning up in our list of high profile films that never had a proper release recently).

The storyline alone is enough to make your jaw drop. Lewis plays Helmut Doork, a German gentile clown who's hauled off to the concentration camps for making fun of Hitler, and he's forced to entertain the children he's imprisoned with before they're marched off to the gas chambers.

Clown, which went into production in early 1972, was going to be Lewis' first serious role, and the film that would prove his mettle as an auteur to the critics. But the film has never been released because the rights to the screenplay expired, but Lewis went ahead with the production, and when he showed the finished film to its screenwriter, Joan O'Brien, she was appalled with the end result and refused to renew the rights again. 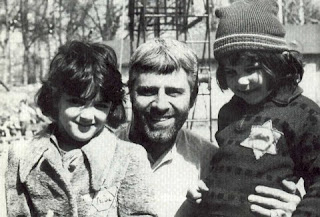 Throughout the years, Clown has been the butt of many jokes. In 1980, it was nominated for a Golden Turkey Award, which was the original Razzies that celebrated the worst movies in history (Ed Wood became a household name when he got the bird in their Worst Director category). Clown was nominated for The Worst Movie You Never Saw, and adding insult to injury, it couldn't even win that award (the prize went to Billy Jack Goes To Washington, which after many years finally got a DVD release).

In 1992, it got a big write-up in Spy Magazine, and Harry Shearer, one of the chosen few who've actually seen the film, said, "The closest I can come to describing the effect is if you flew down to Tijuana and suddenly saw a painting on black velvet of Auschwitz." (Actually, this would make a great pull quote for the DVD cover).

Shawn Levy, who wrote King Of Comedy, the essential Jerry Lewis biography, certainly understands why there's still fascination with this film. "Jerry Lewis is still such a strange and singular bird that I think the very concept is intriguing," he says. "And the people who've seen the film and spoken about it - Harry Shearer, say - are so vivid in their description that they've made it a holy grail. I think the interest in it is the inconceivable oddness of it." 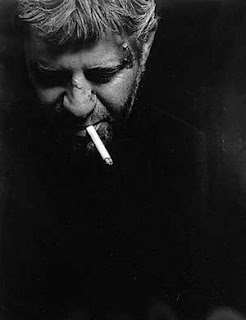 As for how many people have actually seen the film to date, it's difficult to say. According to one guesstimate, it's as low as eleven, but Levy says, "There's apparently a mostly-complete copy in the vaults of the studio where it was shot (they held on to it for legal reasons, as they were never paid entirely for use of their facilities). So it could be ten or twenty or two hundred folks. But Jerry is said to have the only complete version, so access would have been very limited."

Personally I think that my goal in life before I leave this world is to see The Day The Clown Cried before I die. I have a copy of the script, and it is amazing. With Jerry Lewis now aging and in poor health I think seeing this movie monster is a possibility in my lifetime. However, there is more than Jerry Lewis holding the movie back. The legal and financial issues have got to be a major hurdle to overcome. Still one day though I hope we see this movie, which is by far one of the most famous movies people have never seen...

Posted by David Lobosco at 4:05 AM