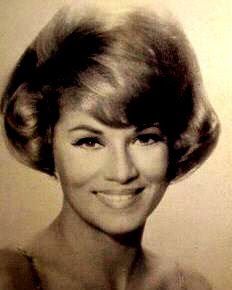 Phyllis McGuire, the last surviving sister of the McGuire Sisters fame has died today at the age of 89 in her Las Vegas home. The McGuire sisters were born to Asa and Lillie McGuire in Middletown, Ohio, and grew up in Miamisburg near Dayton. The McGuire Sisters signed with Coral Records in 1952.
In the same year, they appeared on Arthur Godfrey's Talent Scouts, and Godfrey hired them for his other shows, where they remained for seven years. The November 1953 issue of Cosmopolitan called them "Godfrey's Merry McGuires". The sisters often were compared to the Andrews Sisters. Maxene Andrews said in an interview with Joe Franklin on WOR (AM) radio in 1979, "The McGuire Sisters were fine once they stopped imitating the Andrews Sisters." While working on the Godfrey show, the McGuires befriended the singer Lu Ann Simms and attended her wedding to the music publisher Loring Buzzell in July 1956. Buzzell's publishing firm, Hecht-Lancaster & Buzzell Music (co-owned by Harold Hecht and Burt Lancaster) provided two songs for the McGuire Sisters, "May You Always" and "Theme from The Unforgiven (The Need for Love)". 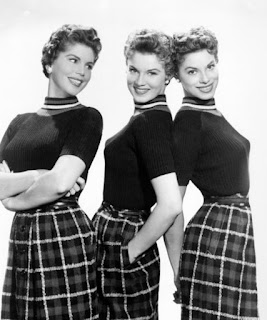 During the 60s the sisters maintained a busy television schedule, making frequent appearances on popular variety programs hosted by Ed Sullivan, Dean Martin, Danny Kaye, Milton Berle, Andy Williams, Perry Como, and Red Skelton. The trio was dressed and coiffed identically and performed synchronized body movements and hand gestures with military precision. Their recordings of "Sincerely", "Picnic", and "Sugartime" all sold more than one million copies.
They retired from public appearances in 1968, giving their last performance that year on The Ed Sullivan Show. Phyllis McGuire continued to perform solo for a time. The demise of the group is often attributed to Phyllis' long-standing personal relationship with mobster Sam Giancana (although for years she claimed that their friendship was strictly platonic), which reportedly led to the group's blacklisting. 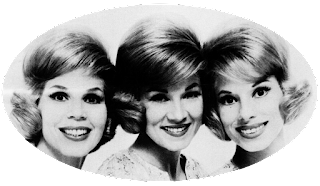 In November 1952, Phyllis married Cornelius (Neal) Anthony Burke Van Ells. They divorced in 1956. She has no children. On September 7, 2012, Dorothy McGuire died at her son's home in Paradise Valley, Arizona, after suffering from Parkinson's disease and age-related dementia; she was 84. Dorothy's husband of 54 years, Lowell Williamson, died six months later on February 25, 2013, after sustaining a fractured back from a fall; he was 89. Christine McGuire died in Las Vegas, Nevada, on December 28, 2018, at the age of 92.
They last performed together in an appearance on a PBS special in 2004. Their recordings on the Coral label made them one of the most popular sister acts of the 1950s and 1960s... 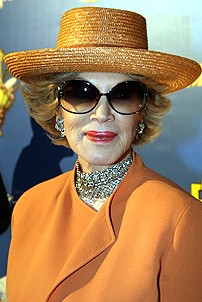