NEW BOOK: DECONSTRUCTING THE RAT PACK - JOEY, THE MOB, AND THE SUMMIT

"Deconstructing the Rat Pack: Joey, the Mob, and the Summit"
By Richard A. Lertzman with Lon Davis
(Prestige Cinema Books - December 2, 2020) 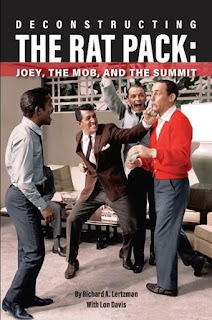 In celebration of the Rat Pack's 60th anniversary comes an amazing, historical, and wild ride of a tome called "Deconstructing the Rat Pack: Joey, the Mob, and the Summit."

For 28 consecutive nights in February 1960, a dusty town called Las Vegas became the epicenter of the world. All eyes were on the party happening at the Sands Hotel and Casino, the new headquarters for the Chairman of the Board, Frank Sinatra. Dubbed by many as “The Rat Pack,” “The Clan” and “The Summit”—Sinatra, Dean Martin, Sammy Davis Jr., Joey Bishop, and Peter Lawford gave those lucky audiences an entertainment experience, the likes of which will never be seen again.

This explosive tell-all book brings the inside scoop of how the mob, the future president, and five popular performers took the world (Las Vegas and Hollywood with the film Ocean’s 11 ) by storm.

You will read exclusive interviews with the participants themselves, including assorted wise guys Moe Dalitz, Carl Cohen (a relative of the author’s), Mickey Cohen, and Max Diamond (a longtime employee of the author’s liquidation business)—and show business luminaries Jack Entratter, Nancy Sinatra, Tony Curtis, Jerry Lewis, Buddy Hackett, and many, many more.

And what makes this story of the Rat Pack so unique is that it is taken from the perspective of the group’s last surviving member, Joey Bishop, who sat for numerous interviews with the author.

The New York Post, Closer Magazine, and the London Daily Express are among those already singing the praises of “Deconstructing the Rat Pack” by calling it a “A Book That Busts The Rat Pack Myth and a “Must Have.”
And let’s not forget, December 12th would have been Mr. Sinatra’s 105th birthday—so, let’s all celebrate with a swinging, retro time with the Rack Pack... 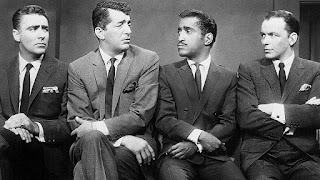 Posted by David Lobosco at 6:34 AM