HISTORY OF A SONG: HE WAS TOO GOOD TO ME 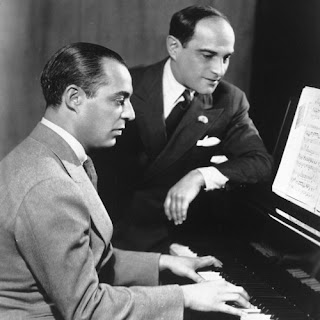 My favorite song writing team was the team of Richard Rodgers and Lorenz Hart. From 1919 to 1943 they wrote some of the most beautiful songs that America has ever had the pleasure of listening to. Even their forgotten melodies are an example of near perfect music. Their songs are always intelligent, thought provoking, and memorable. One of their forgotten songs that became a standard was the song "He Was Too Good To Me".

"He Was Too Good for Me" was too good to be forgotten after it was cut from the show it was written for. It is one of those songs that became a standard without the aid of exposure in a show or movie. Intended for Lee Morse in Simple Simon, "He Was Too Good for Me" was dropped before the New York opening of the show. There was then talk of using it in the ill-fated Nine-Fifteen Revue (also from 1930) but again it was cut. Rodgers and Hart must have had faith in it because they published it independently, and after being found and recorded by artists such as Helen Merrill, Jeri Southern, Nina Simone, Doris Day, Carmen McRae, and others, it became clear it was headed to become a songbook standard. My favorite version is by the versatile Jeri Southern. 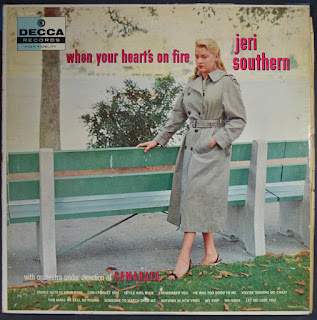 There goes my young intended
The thing has ended
Regrets are vain
I'll never find another half so sweet
And we'll never meet again
I got impatient
Told him goodbye
Sad eyes out in the rain
He was too good to me
How can I get along now
So close he stood to me
Everything seems all wrong now
He would have brought me the sun
Making me smile, that was his fun
When I was mean to him
He'd never say go away now
I was a Queen to him
Who's gonna make me gay now
It's only natural that I'm blue
He was too good to be true

Songwriters: Lorenz Hart / Richard Rodgers
He Was Too Good to Me lyrics © Concord Music Publishing LLC

Posted by David Lobosco at 9:56 AM

Labels: He Was Too Good To Me, Jeri Southern, Lorenz Hart, Richard Rodgers, song history