THE LAST DAYS OF JUDY GARLAND 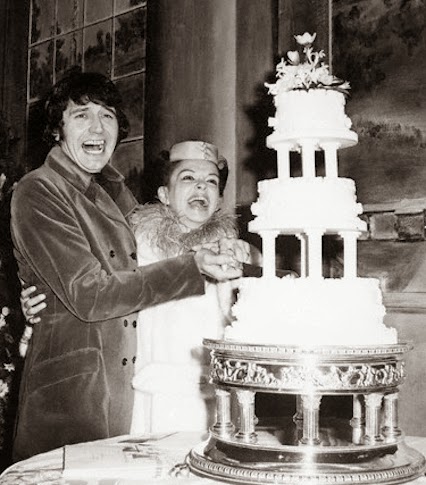 I was born five years after Judy Garland died, but I grew up in a house with Judy. My mother's favorite musical actress was Judy. She especially loves Garland's 1940s musicals at MGM like Meet Me In St. Louis and The Harvey Girls. My Grandfather was a record hoarder and had every Decca 78rpm that Judy did (unfortunately it was not a lot). So I grew up knowing a lot about Judy Garland. Is she my favorite singer - NO. Is she my favorite actress - NO. However, watching and listening to her work, she was definitely one of the greatest entertainers of all-time. She was taken from the world way too early on June 22, 1969 at the age of 47. Sadly, it does not seem like her last days were full of songs and rainbows.

"This is it. For the first time in my life, I am really happy. Finally, I am loved.”

Not that loved, because despite the long celebrity guest-list, not one of Judy’s famous friends made it to the reception held at Quaglino’s the large and expensive restaurant situated in Bury Street just south of Piccadilly. Several hundred people were invited and only fifty made it to the function.

Actually there was one celebrity guest at the wedding – Mickey Deans’ best man, Johnnie Ray. Ray had had hits in the fifties such as Cry and The Little White Cloud That Cried and was famous for the mootable ability to cry on stage earning him the moniker ‘the Nabob of Sob’ or occasionally the ‘Prince of Wails’. In reality, Ray was no close friend of Deans or Garland and the only reason that he was a guest at the wedding was that he was due to open for a brief Scandinavian tour Deans had organised for his new wife four days after the wedding.

After the wedding Garland and Deans rented a small mews house in a Chelsea cul-de-sac called Cadogan Lane. On Saturday 22 June, just three months after their wedding, Judy and Mickey had been watching a BBC documentary on the Royal family but, not untypically, had started to furiously row. Garland ran into the street shouting and screaming (also not untypically) followed not long after by Deans who ran after her. He was unable to find his wife and returned to the house and soon after went to bed. 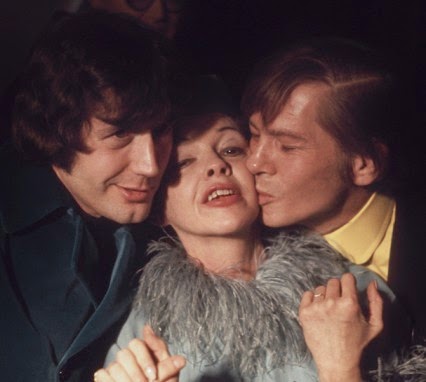 At around 10.40am the next morning the phone rang for Garland. Deans, initially unable to find her, found the bathroom door locked. He climbed out on to the roof and looking through the window saw Garland motionless on the toilet with her head slumped forward and her hands on her knees. Climbing into the bathroom he found her skin was discoloured and dried blood had dribbled from her mouth and nose. She had been dead for about eight hours.

The Chelsea Coroner, Gavin Thurston wrote “This is a clear picture of someone who had been habituated to barbiturates in the form of Seconal for a very long period of time, and who on the night of June 22nd/23rd perhaps in a state of confusion from a previous dose (although this is pure speculation) took more barbiturate than her body could tolerate.” Garland had been prescribed Seconal, the drug that killed her, off and on, since the fifties. It is a barbiturate derivative medicine that was becoming widely misused in the sixties.

Judy Garland was just 47 years old and $4 million in debt when she died. She was buried in New York and, making an effort this time, guests included Lauren Bacall, James Mason, Cary Grant, Katharine Hepburn, Mickey Rooney, Lana Turner and latterly Bing Crosby and Frank Sinatra who paid all the funeral expenses. Judy, our Dorothy, was gone but her memory has survived for 45 years now. The happiness she had not been able to find during her short time in this world, she had given to her millions of fans through the decades... 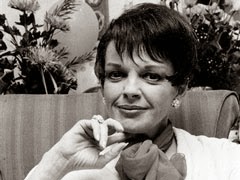