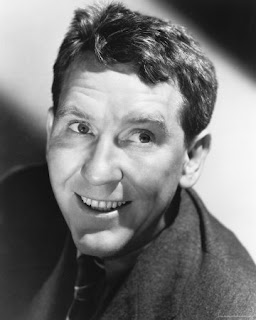 Here is an obituary that CNN did on the great character actor Burgess Meredith. He died on September 9, 1997. Meredith never turned in a bad role. My favorite role he did was as a bookworm on aTwilight Zone episode on television...

LOS ANGELES (CNN) -- Burgess Meredith, the raspy-voiced character actor best known for his portrayal of the gruff boxing manager in the "Rocky" movies, has died at his home in Malibu, California. He was 89.

Meredith, who died Tuesday, had been suffering from melanoma and Alzheimer's disease, said his son, Jonathan.
Born in Cleveland, Ohio, and educated at Amherst College in Massachusetts, Meredith's film and theater career spanned seven decades. His stage debut came in 1933 in New York, and his screen debut, at 26, was in the 1936 drama "Winterset," recreating a role he had played on Broadway. He would go on to appear in nearly 70 movies, mostly in supporting roles.

But it was as Rocky's boxing trainer, Mickey, for which he will probably be best remembered. He received an Academy Award nomination for best supporting actor in 1976 for his work in the original movie, and he reprised the character in three of the four "Rocky" sequels.

"Burgess Meredith always was ... an irreplaceable legend, a craftsman who rarely comes along, not (one) in a generation but in several generations," Sylvester Stallone said. "I thank him for his performance in 'Rocky' because I truly feel without his participation in the film, it would never have had its emotion core."

In addition to his Oscar nomination for "Rocky," Meredith was also nominated for the best supporting actor in 1975 for his work in "Day of the Locust." He didn't win either time.

In Hollywood, Meredith was known for having a tempestuous personality. In his 1994 autobiography, "So Far, So Good," he wrote that his violent mood swings were diagnosed as an illness called cyclothymia.

He was married four times, including a brief union with film star Paulette Goddard, with whom he starred in the 1940 film "Second Chorus." His other wives included Helen Derby, actress Margaret Perry and dancer Kaja Sundsten.

Meredith starred in the 1939 film version of John Steinbeck's "Of Mice and Men" and as the Penguin in the 1966 "Batman" televison seires which also spawned a movie. 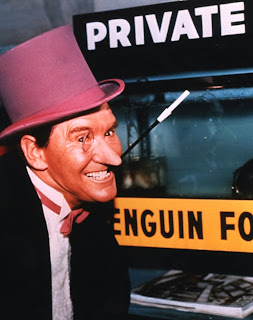 "I waddled like a penguin, which seemed rather obvious to do. The touch I liked was that peculiar penguinlike quack I use in my lines," he said.

In his later years, he was often cast as an elderly curmudgeon. He played Jack Lemmon's father in the 1993 comedy "Grumpy Old Men" and its 1995 sequel, "Grumpier Old Men."

"Burgess was not only a marvelous actor, he was one of the dearest human beings I ever knew," Lemmon said. "I will miss him terribly, as will everyone who was ever fortunate enough to know him."

Meredith's fourth wife, his son and daughter were with him when he died. Funeral services were pending, and the body was to be cremated... 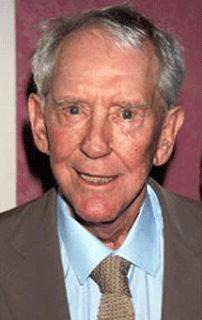