BORN ON THIS DAY: GILDA RADNER 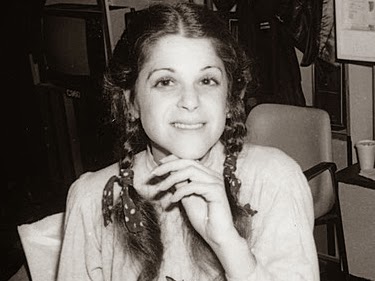 Jerry Lewis once made a comment that there were no funny female comedians, he must never have watched the legendary Gilda Radner. She left this world too soon in 1989 at the age of 42, but in her short life, she made millions of people laugh. Gilda Radner would have been 68 today - June 28th.

Radner was born in Detroit, Michigan, the daughter of Jewish parents Henrietta (née Dworkin), a legal secretary, and Herman Radner, a businessman. She grew up in Detroit with a nanny, Elizabeth Clementine Gillies, whom she called "Dibby" (and on whom she based her famous character Emily Litella), and an older brother named Michael. She attended the University Liggett School in Grosse Pointe. Toward the end of her life, Radner wrote in her autobiography, It's Always Something, that during her childhood and young adulthood she battled numerous eating disorders: "I coped with stress by having every possible eating disorder from the time I was nine years old. I have weighed as much as 160 pounds and as little as 93. When I was a kid, I overate constantly. My weight distressed my mother and she took me to a doctor who put me on Dexedrine diet pills when I was ten years old."

Radner was close to her father, who operated Detroit's Seville Hotel, where many nightclub performers and actors stayed while performing in the city. He took her on trips to New York to see Broadway shows.[As Radner wrote in It's Always Something, when she was twelve her father developed a brain tumor, and the symptoms began so suddenly that he told people his eyeglasses were too tight. Within days he was bedridden and unable to communicate, and remained in that condition until his death two years later.

Radner enrolled at the University of Michigan at Ann Arbor, where she made a lifelong platonic friend of fellow student David Saltman, who wrote a biography of her after her death. Gilda joined him and his girlfriend on a trip to Paris in the summer of 1966. Saltman wrote that he was so affectionate with his girlfriend that they left Radner to fend for herself for much of their sightseeing Twenty years later, when details of Radner's eating disorder were reported in a bestselling book about Saturday Night Live by Doug Hill and Jeff Weingrad, Saltman realized Radner had been in a quandary over the French cuisine, but had no one with whom she could discuss her situation.

In Ann Arbor, Radner began her broadcasting career as the weather girl for college radio station WCBN, but dropped out in her senior year to follow her then-boyfriend, a Canadian sculptor named Jeffrey Rubinoff, to Toronto, Canada. In Toronto, she made her professional acting debut in the 1972 production of Godspell with future stars Eugene Levy, Andrea Martin, Victor Garber and Martin Short.

Afterward, Radner joined the Toronto Second City comedy troupe. Radner was a featured player on the National Lampoon Radio Hour, a comedy program syndicated to some 600 U.S. radio stations from 1974 to 1975. Fellow cast members included John Belushi, Richard Belzer, Chevy Chase, Bill Murray, Brian Doyle-Murray, and Rhonda Coullet. This led to her being hired for the first cast of Saturday Night Live in 1975. She would remain there for five years, and the rest is comic history... 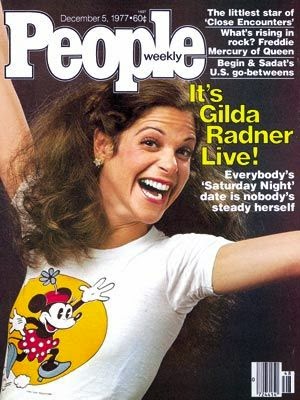 Posted by David Lobosco at 8:00 AM