My mother is a much bigger Judy Garland movie fan than I am, but being a lover of classical movies I have definitely seen almost every film Judy has made. She was a good actress, much better than she was given credit for, and I came up with my list of my five favorite Judy Garland films. Again, this is only my opinion and personal preference, and it is not based on anything else… 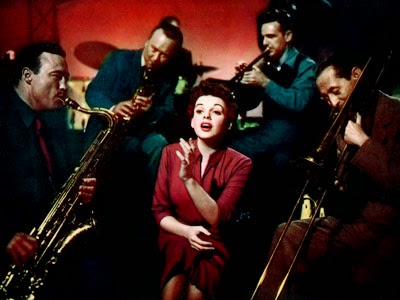 5. A STAR IS BORN (1954)
After Judy was fired from MGM in 1950, she never really was a movie star again. After 1950, Garland did continue to make movies, but she made quality and not quantity. One of her best acting of her career was done in 1954’s A Star Is Born. Co-starring with James Mason, Judy played a rising star who gets involved with a fading star (Mason). Garland was nominated for an Oscar, but she unfortunately lost. The famous song from the film was “The Man That Got Away”, but my personal favorite number was “Lose That Long Face”. When the movie came out Warner Brothers edited the film to death, and key scenes were lost, but I believe it has recently been completely restored.


4. EASTER PARADE (1948)
By the time Judy made Easter Parade in 1948, her drug problems were really beginning to come to a head. Her weight went up and down during the filming, and it showed in many of her scenes. However, Judy pulled it together to make this musical classic. with Fred Astaire as her leading man and a boatload of Irving Berlin songs. Even though the age difference between Astaire and Garland was 23 years, they make a great song and dance team. Evergreen Irving Berlin songs included the title song, “I Love A Piano”, and “Shakin The Blues Away”, but Berlin also wrote some new songs like: “A Fella With An Umbrella” and “Better Luck Next Time” – the latter of the songs Garland sang brilliantly. 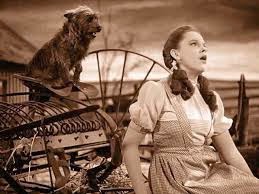 3. THE WIZARD OF OZ (1939)
No list of Garland films would be complete without “The Wizard Of Oz”. Judy was the second choice to play Dorothy, after MGM could not get Shirley Temple. The film was not a success when it came out in 1939 – and it would not be until it was shown on television in the 1950s that it would become the classic it is viewed as today. It is hard to add more about this classic, but it was the role that made Judy a star. Sadly, it was reported that Garland began her drug usage while this movie was being made. I am a grown man with children now, but when I watch the scene of Judy singing “Over The Rainbow” on her Kansas farm…I cry like a baby every time.


2. SUMMER STOCK (1950)
MGM ended their relationship with Garland after 1950’s Summer Stock, and it was a big mistake. Again, Garland’s weight fluctuated greatly throughout the movie, but Garland sounded great. She was teamed with Gene Kelly for the third and last time in this film, and like Astaire did in Easter Parade, Kelly helped Garland get through her scenes. Supporting the dynamic duo of musicals were great character stars like: Phil Silvers, Eddie Bracken, and Marjorie Main. The plot of putting on a show at a farm was corny, but the musical numbers made the film great. This movie is one of the first Garland musicals I ever watched on video, so I have a soft spot for the film. Seeing Judy perform “Get Happy” makes the movie worth it alone. 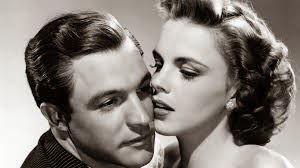 1. FOR ME AND MY GAL (1942)
Judy was going on 20 when she made For Me And My Gal, and it was billed as her first adult role. She was done playing Dorothy and hanging out with Andy Hardy now. Garland played a rising vaudeville star who meets up with a vaudeville ham (played by Gene Kelly in his first movie role). The story takes place during the first World War, so all of the songs are from that era. You would think it would make the movie corny hearing those songs, even in 1942 when the film was made, but it adds some great realism to the movie. For a 1942 musical, there is some real drama in the movie showing some of the horrors of war. The main attraction is Garland who looks and sounds great singing standards like “After You’ve Gone”, “Ballin The Jack”, and “Oh You Beautiful Doll”. Again, the film has a special place in my heart, because I remember my Grandfather telling me it was the first movie he saw in the movie theater was a 13 year old boy. The ending of the movie, is a tearjerker as well, at least to me. For me not being a huge Garland movie fan, a lot of her movies make me cry!

Posted by David Lobosco at 7:50 AM

Labels: A Star Is Born, Easter Parade, favorites, For Me And My Gal, Gene Kelly, Judy Garland, Summer Stock, The Wizard Of Oz