Guy Lombardo gets a bad rap for being corny and outdated. He was getting jokes made about him back as early as the 1940s that he was cheesy. However, he was one of the best loved bandleaders of all time, and was popular until his death in 1977. Despite his fame in the music industry, Guy Lombardo rarely enjoyed the company of guest stars in the recording studio. This is doubling puzzling when you consider Jack Kapp, the head of Lombardo's label, pioneered the practice of twinning his talent pool in the 1930s. (Note: This list only covers Lombardo's commercial recordings. It does not included parings on radio, film or television)... 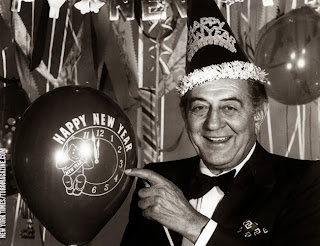 Weston Vaughan - Who? This deservedly forgotten singer provided the vocal on the Royal Canadian's first hit record, Charmaine. There lies one of his few claims to fame. Incredibly, Vaughan's mewly whining didn't prevent him from making records well into the 1930s. Maybe he worked cheap.

The Two Black Crows - Oh, I am so glad these sides were never issued. The Crows were George Moran and Charles Mack, two white guys who recorded a series of droll but hopelessly racist comedy routines in a heavy southern Negro drawl. In March of 1928 they were accompanied by the Royal Canadians on four rejected numbers. To quote the Crows: "Even if that was good I wouldn't like it!"

Kate Smith - Two sides recorded in 1931: River, Stay 'Way From My Door and Too Late. Kate was a pretty moral young lady - she once refused to have sex siren Mae West in the same room with her. Chances are the sweet sounds Royal Canadians made them one of the few suitable accompanists for her singing. 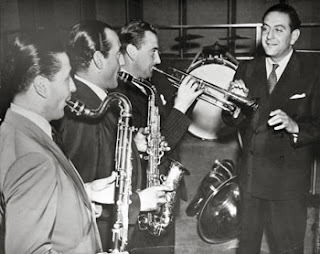 Al Jolson - In December of 1932 Jolson had not made a record in over two years when he walked into the studios of the American Recording Corp. to wax five sides - two of them with Lombardo: Rock-A-Bye Your Baby With a Dixie Melody and April Showers. Unfortunately, Jolson's bravura signing style was at odds with the band's bleating sax section. The result produced what critic Will Friedwald calls "the most unintentionally hilarious record of all time." Jolson would not make another record for 13 years when he was signed by Decca. We can be grateful the company did not rejoin Jolie with label mate Lombardo.

Bing Crosby - Oddly enough, Crosby and Lombardo worked together at the beginning and end of their superstar years. In 1933 Crosby was paired with Lombardo for three sides: You're Getting to Be a Habit With Me, Young and Healthy and You're Beautiful Tonight Dear. When these selections were first released on LP in 1978 producer/annotater Michael Brooks noted how the listener is "engulfed by that sax section which is like being smothered by a giant placenta." How would he know? Twenty one years later both men enjoyed one of their last chartings with a Frank Sinatra cover: Young at Heart. Save for reissues of White Christmas and Auld Lang Syne, neither man would attain the heights of pop music they had scaled in the 1930s and 1940s. 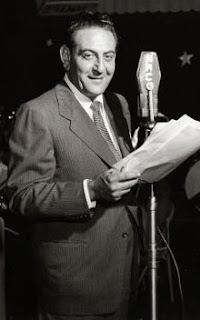 The Andrews Sisters - Patty, Maxene and La Verne helped Guy cruise to another million seller with Christmas Island, proving that the Royal Canadians weren't just for New Year's Eve. In a possible reference to Lombardo's Canuck roots, the chorus of the song goes "Aloha - eh!" The disc's flip side was Winter Wonderland - which became a seasonal standard. Prior to this 1946 hit, Guy and the sisters had first recorded a year earlier and would reunite in 1951 for Play Me a Hurtin' Tune. Lombardo did.

Hildegarde - Comedian Jimmy Durante once joked he wanted to marry this popular chanteuse - just to give her a last name. She waxed five titles with the Royal Canadians in 1945 and 1946 including such standards as June is Bustin' Out All Over and The Gypsy.

Mary Martin - The future star of South Pacific and Peter Pan cut two unremarkable sides with the band in 1947: Come to the Mardi Gras and Almost Like Being in Love.

Louis Armstrong - Despite their mutual admiration, Armstrong and Lombardo recorded just two sides: Mumbo Jumbo and Come Along Down - both penned by Carmen Lombardo. The numbers are from the 1966 Jones Beach musical Mardi Gras which featured Armstrong. 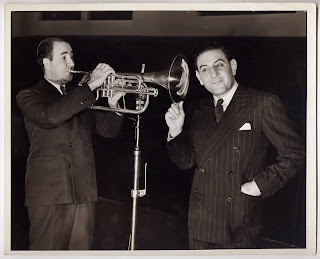