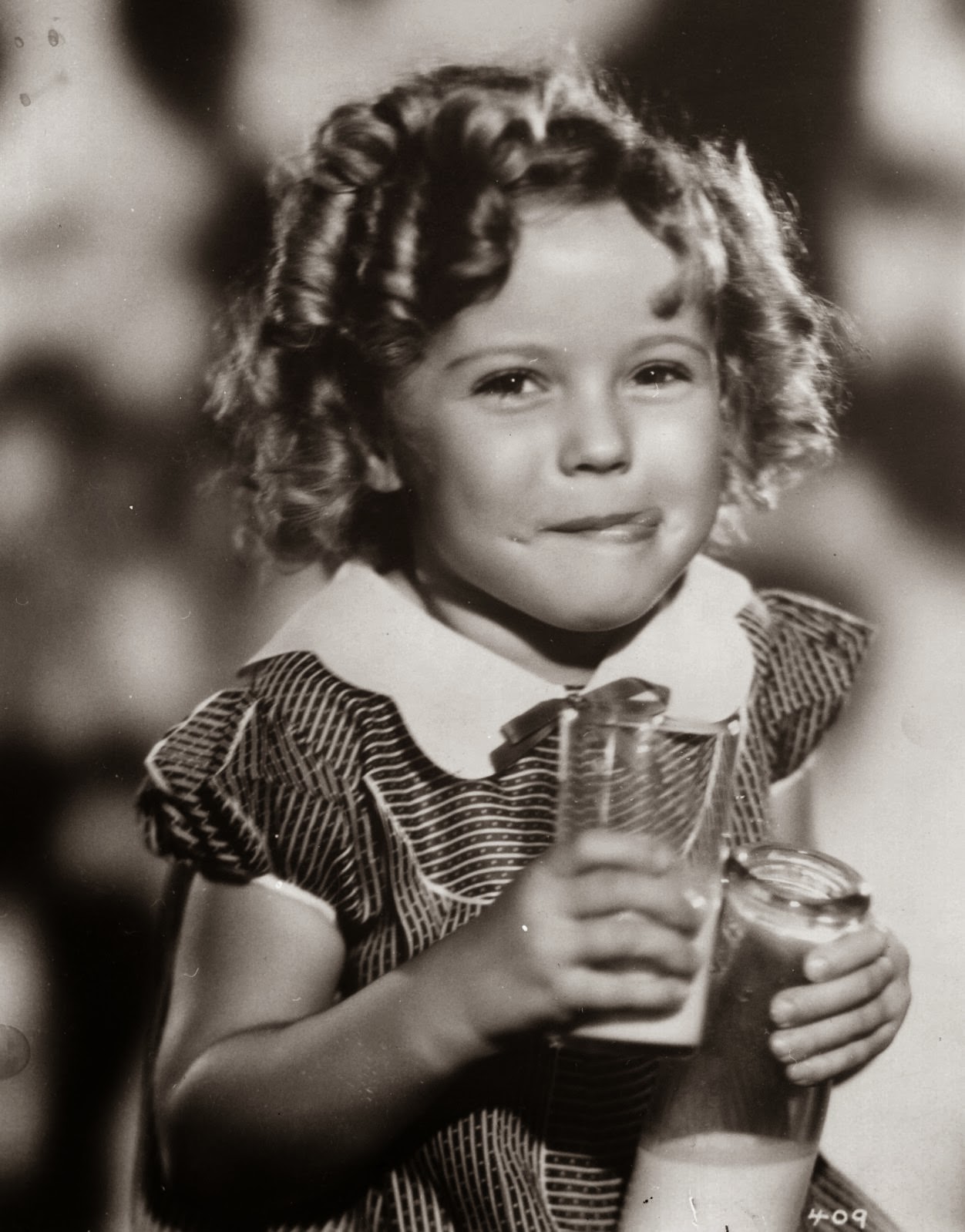 Shirley Temple Black, who as a dimpled, precocious and determined little girl in the 1930s sang and tap-danced her way to a height of Hollywood stardom and worldwide fame that no other child has reached, died on Monday night at her home in Woodside, Calif. She was 85.

Ms. Black returned to the spotlight in the 1960s in the surprising new role of diplomat, but in the popular imagination she would always be America’s darling of the Depression years, when in 23 motion pictures her sparkling personality and sunny optimism lifted spirits and made her famous. From 1935 to 1939 she was the most popular movie star in America, with Clark Gable a distant second. She received more mail than Greta Garbo and was photographed more often than President Franklin D. Roosevelt.

The little girl with 56 perfect blonde ringlets and an air of relentless determination was so precocious that the usually unflappable Adolphe Menjou, her co-star in her first big hit, “Little Miss Marker,” described her as “an Ethel Barrymore at 6” and said she was “making a stooge out of me.”


When she turned from a magical child into a teenager, audience interest slackened, and she retired from the screen at 22. But instead of retreating into nostalgia, she created a successful second career for herself.

After marrying Charles Alden Black in 1950, she became a prominent Republican fund-raiser. She was appointed a delegate to the United Nations General Assembly by President Richard M. Nixon in 1969. She went on to win wide respect as the United States ambassador to Ghana from 1974 to 1976, was President Gerald R. Ford’s chief of protocol in 1976 and 1977, and became President George H. W. Bush’s ambassador to Czechoslovakia in 1989, serving there during the fall of Communism in Eastern Europe.

After winning an honorary Academy Award at the age of 6 and earning $3 million before puberty, Shirley Temple grew up to be a level-headed adult. When her cancerous left breast was removed in 1972, at a time when operations for cancer were shrouded in secrecy, she held a news conference in her hospital room to speak out about her mastectomy and to urge women discovering breast lumps not to “sit home and be afraid.” She is widely credited with helping to make it acceptable to talk about breast cancer.

A statement released by her family said, “We salute her for a life of remarkable achievements as an actor, as a diplomat, and most importantly as our beloved mother, grandmother, great-grandmother and adored wife for fifty-five years of the late and much missed Charles Alden Black.”

Shirley Jane Temple was born in Santa Monica, Calif., on April 23, 1928. From the beginning, she and her mother, Gertrude, were a team (“I was absolutely bathed in love,” she remembered); her movie career was their joint invention. Her success was due to both her own charm and her mother’s persistence.

In “Child Star,” her 1988 autobiography, Mrs. Black said her mother had made a “calculated decision” to turn her only daughter into a professional dancer. At a fee of 50 cents a week, Mrs. Temple enrolled 3-year-old Shirley in Mrs. Meglin’s Dance Studio.

In 1932, Shirley was spotted by an agent from Educational Pictures and chosen to appear in “Baby Burlesks,” a series of sexually suggestive one-reel shorts in which children played all the roles. The 4- and 5-year-old children wore fancy adult costumes that ended at the waist. Below the waist, they wore diapers with oversize safety pins. In these heavy-handed parodies of well-known films like “The Front Page” (“The Runt Page”) and “What Price Glory” (“War Babies”), Shirley imitated Marlene Dietrich, Mae West and — wearing an off-the-shoulder blouse and satin garter as a hard-boiled French bar girl in “War Babies” — Dolores Del Rio. Into adulthood she would make a lasting comedy with "The Bachelor And The Bobby Soxer" with Cary Grant.

On a personal note, Shirley Temple was one of my late Grandfather's favorite movie stars. He was born the same year as Ms. Temple. My Mother even had a Shirley Temple doll growing up. With the death of Shirley Temple it is the end of an era...

Posted by David Lobosco at 5:41 AM