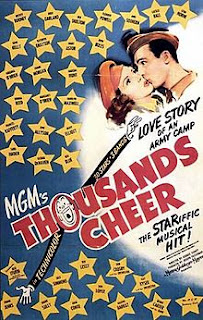 It is hard to believe that we are celebrating what would have been the 100th birthday of dancing icon Gene Kelly. I have an actual minor connection to the legendary hoofer. Kelly was not only raised in my home town of Pittsburgh, but my great aunt actually baby sat him when they were both young.
Unfortunately, my great aunt died in 1991 at the age of 86, and all of her stories about living near the Kellys died with her. However, Gene Kelly was not only a local boy that made it famous, he was a musical genius who defined dancing in musicals alongside Fred Astaire for a generation.

Picking a musical to profile from Kelly's long career is not easy task, and I wanted to pick something different than An American In Paris or Singin In The Rain. So I picked Kelly's third movie for MGM, when he still was relatively new to film called Thousands Cheer.

Thousands Cheer is a 1943 American comedy musical film released by MGM. Produced at the height of the Second World War, the film was intended as a morale booster for American troops and their families.

The plot of the film is essentially a two-part program. The first half consists of a romantic comedy storyline involving an aerialist, played by Gene Kelly, who is drafted into the US Army but really wants to join the air force. During training, he falls in love with Kathryn (played by Kathryn Grayson), the daughter of his commanding officer, who has similarly put her singing career on hold in order to serve by providing entertainment for the troops. Unusually for this type of a film (and for this era of Hollywood), the character Kathryn has only recently met her father for the first time since she was a baby, her parents having divorced. A related subplot has Kathryn conniving to get her parents (played by John Boles and Mary Astor) to reconcile. During the first part of the film, Grayson sings several numbers and Kelly performs one of his most famous routines, dancing with a mop as a partner. 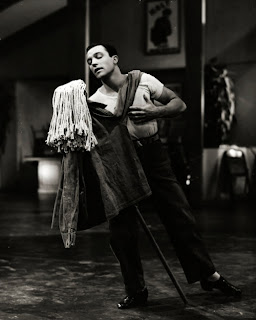 The secondary plot involves preparations for a major live show for the soldiers which will feature many MGM musical and comedy stars. For the second half of the film, all pretenses of a storyline are effectively abandoned as the film instead becomes a variety showcase of comedy, song, and dance, with all of the performers (save Kelly and Grayson) appearing as themselves. The show portion is hosted by Mickey Rooney.

Performing as "guest stars" in the film's show segment were: Judy Garland, Lena Horne, Red Skelton, Ann Sothern, Lucille Ball, Frank Morgan, Virginia O'Brien, Eleanor Powell, Marilyn Maxwell, June Allyson, Gloria DeHaven, Donna Reed, Margaret O'Brien, the Kay Kyser Orchestra and others. Pianist-conductor José Iturbi appears as himself in both segments of the film; this was his first acting role in a film and he would go on to make several more appearances (usually playing himself) in MGM musicals.

There are many musical highlights included a performance of "Let Me Call You Sweetheart" by Kelly and a mop, "Honeysuckle Rose" by Horne and Benny Carter's band, a tap dance solo by Eleanor Powell (making her first color film and her final MGM movie until 1950's Duchess of Idaho), Kay Kyser's band delivering a frantic and humorous medley of "I Dug a Ditch in Wichita"/"Should I?", and a Garland performance (with classical pianist Jose Iturbi) of Roger Edens' "The Joint is Really Jumpin' in Carnegie Hall" which includes an early use of the word "rock" in a musical sense. Aside from Kelly's dance numbers, the Judy Garland number is by far one of my favorite numbers. Judy had not been seen in color on film since The Wizard Of Oz four years earlier. 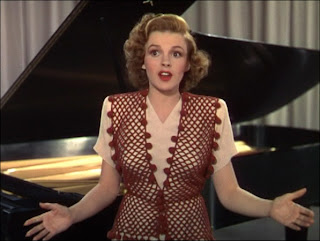 After a brief resumption (and resolution) of the earlier storyline, the film ends with Grayson leading an international chorus of men (the United Nations Chorus) in a song pleading for world peace. The song, entitled "United Nations", actually predates the establishment of the United Nations political body by two years, but not the Declaration by United Nations which was made on 1 January 1942.

The film was nominated for three Academy Awards; Best Cinematography, Best Score and Best Art Direction (Cedric Gibbons, Daniel B. Cathcart, Edwin B. Willis, Jacques Mersereau), but did not win any. Nevertheless, Thousands Cheer is a movie that we see Gene Kelly more relaxed on film. He was getting more confident to be able start doing some really inventive numbers. The film also was a great example of the war movies of the 1940s that not only entertained, but helped out soldiers forget about their problems. This is pretty much a forgotten Gene Kelly film, but it is one that should be watched and remembered fondly... 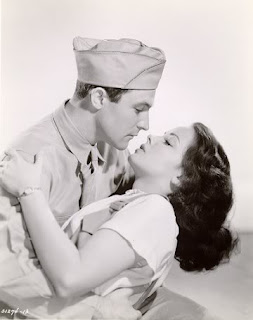