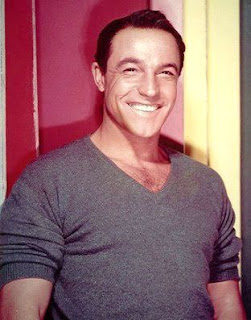 During the Golden Age of musicals there were many dancers, but two stand out at the top of them all - Fred Astaire and Gene Kelly. While Astaire and Kelly both made movies at MGM, there was no rivalry between them. Gene Kelly's style was completely different than Fred Astaire's style, and Kelly truly developed a unique all his own. It is amazing how quick the years have gone, but Gene Kelly was born on this day - August 23 - 100 years ago.

Kelly was born in the Highland Park neighborhood of Pittsburgh. He was the third son of Harriet Catherine (née Curran) and James Patrick Joseph Kelly, a phonograph salesman. His father was born in Peterborough, Canada, to a family of Irish descent. His maternal grandfather was an immigrant from Derry in northern Ireland and his maternal grandmother was of German ancestry.

At the age of eight, Kelly was enrolled by his mother in dance classes, along with his elder brother James. They both rebelled, and, according to Kelly: "We didn't like it much and were continually involved in fistfights with the neighborhood boys who called us sissies...I didn't dance again until I was fifteen." He thought it would be a good way to get girls. Kelly returned to dance on his own initiative and by then was an accomplished sportsman and well able to take care of himself. He attended St. Raphael Elementary School in the Morningside neighborhood of Pittsburgh, PA. He graduated from Peabody High School in 1929 at the age of sixteen. He enrolled in Pennsylvania State College to study journalism but the economic crash obliged him to seek employment to help with the family's finances. At this time, he worked up dance routines with his younger brother Fred in order to earn prize money in local talent contests, and they also performed in local nightclubs.

In 1931, Kelly enrolled at the University of Pittsburgh to study economics where he joined the Phi Kappa Theta fraternity. While at Pitt, Kelly became involved in the university's Cap and Gown Club, which staged original, comedic musical productions. Earning a Bachelor of Arts in Economics with his graduation from Pitt in 1933, he remained active with the Cap and Gown Club, serving as its director from 1934 to 1938, while at the same time enrolling in the University of Pittsburgh Law School. Also during this period, Kelly's family started a dance studio on Munhall Road in the Squirrel Hill neighborhood of Pittsburgh.

In 1932, the dance studio was renamed The Gene Kelly Studio of the Dance. A second location was opened in Johnstown, Pennsylvania in 1933. Kelly served as a teacher at the studio during both his undergraduate and law student years at Pitt. In 1931, he was approached by the Rodef Shalom synagogue in Pittsburgh to teach dance, and to stage the annual Kermess. This venture was successful enough that his services were retained for seven years until his departure for New York. Eventually, though, he decided to pursue his career as a dance teacher and full-time entertainer, so Kelly dropped out of law school after two months. He began to increasingly focus on performing and later claimed: "With time I became disenchanted with teaching because the ratio of girls to boys was more than ten to one, and once the girls reached sixteen the dropout rate was very high." In 1937, having successfully managed and developed the family's dance school business, he finally did move to New York City in search of work as a choreographer. 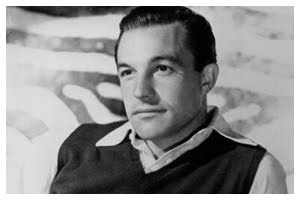 After a fruitless search, Kelly returned to Pittsburgh, to his first position as a choreographer with the Charles Gaynor musical revue Hold Your Hats at the Pittsburgh Playhouse in April, 1938. Kelly appeared in six of the sketches, one of which, "La Cumparsita", became the basis of an extended Spanish number in Anchors Aweigh" eight years later.

His first Broadway assignment, in November 1938, was as a dancer in Cole Porter's Leave It to Me! as the American ambassador's secretary who supports Mary Martin while she sings "My Heart Belongs to Daddy". He had been hired by Robert Alton who had staged a show at the Pittsburgh Playhouse and been impressed by Kelly's teaching skills. When Alton moved on to choreograph One for the Money he hired Kelly to act, sing and dance in a total of eight routines. In 1939, he was selected to be part of a musical revue "One for the Money" produced by the actress Katharine Cornell, who was known for finding and hiring talented young actors.

Kelly's first career breakthrough was in the Pulitzer Prize-winning The Time of Your Life, which opened on October 25, 1939, where for the first time on Broadway he danced to his own choreography. In the same year he received his first assignment as a Broadway choreographer, for Billy Rose's Diamond Horseshoe. And the rest as they say is film history... 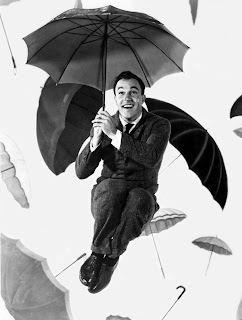 Posted by David Lobosco at 4:24 AM