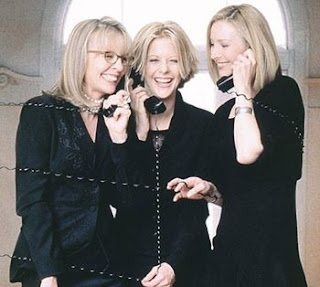 Lately it seems like I have been watching more cartoons for my son, and more "chick flicks" for my wife to keep them both happy. I was surprised when my wife had never seen the moving Hanging Up. I actually saw it years ago when I was home for some reason. The movie was on again on one of the cable channels, and we rewatched it.

Hanging Up is a 2000 American comedy-drama film about a trio of sisters who bond over their ambivalence toward the approaching death of their curmudgeonly father, to whom none of them were particularly close. This film features Diane Keaton (who also directed), Meg Ryan, and Lisa Kudrow as the three sisters, and Walter Matthau (in his final film appearance) as the father. In very poor health throughout filming, he was diagnosed with colon cancer for the second time in his life in November 1999 shortly after filming ended. He died over seven months later, four months after the film's release.

Georgia Mozell, Eve Marks and Maddy Mozell are adult sisters. Georgia is the editor of her own wildly successful self-titled women's magazine. She strives for publicity at any cost. Party planner Eve is the mother hen of the group, not only of her own family, but also of her siblings and father as their mother, Pat, not only emotionally left their father when they divorced, but her daughters as well. And Maddy is a vacuous soap opera actress who has always struggled for her own identity. Despite being as busy with her own life as the others, Eve is the only one of the three who deals with the long term hospitalization of their cantankerous seventy-nine year old father, Lou Mozell, when he enters the early stages of dementia, and the associated outcomes of that hospitalization. Eve's caring for Lou is despite an especially hurtful incident with him seven years earlier. As the emotional aspect of looking after Lou becomes more and more stressful, Eve has to figure out how to maintain her own sanity, while dealing with her sisters, who believe they too are part of their father's care while they don't lift a finger to help. 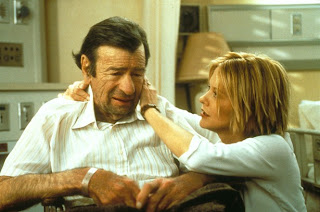 Hanging Up was released in United States on February 18, 2000, to relatively negative to average reviews. It made just over $15.7 million opening weekend, over the Presidents' Day weekend, opening at #2 behind The Whole Nine Yards. Hanging Up opened in 2,618 theatres at an average of exactly $6,000. It lasted eight weeks in domestic release before dropping out of the top 10 in its third week of release. Domestically grossing $36,050,230 with an extra $15,829,814 (from worldwide audiences) brought its international total to $51,880,044. Hanging Up ultimately fell $9 million short of recuperating its budget of $60 million.

If you want to see a better movie about children coming to grips with a dying parent I would recommend Nothing In Common (1986) and Big Fish (2003) much more than Hanging Up. However, the acting is great in Hanging Up, and as a fan of Walter Matthau I recommend seeing him in his last movie role. It's a tearjerker - just not the best terjerker... 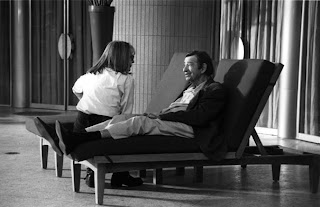