FILM BIOS AND THEIR CASTING

Since almost movies began, the industry was interested in making film biographies of famous people. Especially in classic Hollywood, the movies were not truly factual, but "based on" the life of a famous person. Some of those film biographies like Pride Of The Yankees (Gary Cooper as Lou Gehrig) or The Spirit Of St. Louis (Jimmy Stewart as Charles Lindbergh) are famous to this day.

I have always been interested in who can be cast as a famous person. For years I said to people that Kevin Spacey bears a striking resemblance to crooner Bobby Darin. Then Spacey (although too old) made and starred in a movie of Darin's life called Beyond The Sea (2004). My wife gets tired of me constantly telling her I had the idea for the movie even before Spacey did!

Through the years interesting casting has been announced like Tom Hanks as Dean Martin, Forest Whitaker as Louis Armstrong, and Reese Witherspoon as Peggy Lee. As of this article, the movies have not came to be - but the casting ideas are still interesting.

Here are some movie casting ideas I have been thinking about for years and you heard it here first if they ever happen! 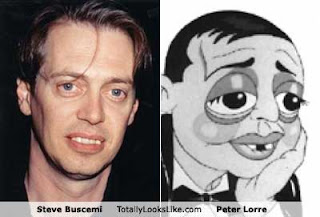 STEVE BUSCEMI as PETER LORRE
No two actors in film history are more bug eyed and sickly looking than Steve Buscemi and the great Peter Lorre (1904-1964). Lorre's life might not be the story Hollywood is looking for, but Buschemi could play him. Lorre's later years was filled with constant gall bladder pain and an addiction to morphine, so maybe there is a movie there. NATHAN LANE as LOU COSTELLO
I think both Nathan Lane and legendary comedian Lou Costello (1906-1959) are truly great entertainers. At one point in Lane's career I think he could have played funny man Costello. The time might have passed now that Lane is in his mid 50s, but I think the similarities and even voice to a degree are uncanny. 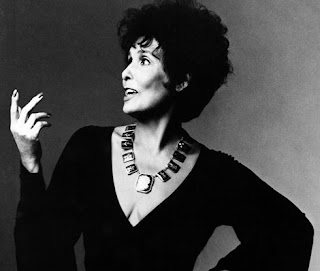 HALLE BERRY as LENA HORNE
Berry has already played famous actresses like Dorothy Dandridge (1922-1965), but of all of the great black actresses out there I think only Berry could play legendary singer Lena Horne (1917-2010). When Horne was alive it was proposed that Janet Jackson would play her life, but Horne was against it. Berry of course can not sing, but she can act. 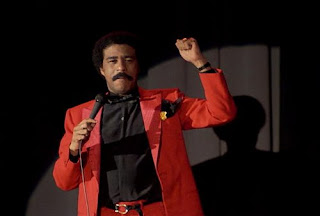 CHRIS ROCK as RICHARD PRYOR
Now I know this is stretching it a bit, but I always thought Chris Rock has more acting chops than his movies have shown. He is a great comedian, and I believe he can capture the essence of fellow funny man Richard Pryor (1940-2005). Pryor's life could make a trilogy of movies not just one film, but again Chris Rock is not yet viewed as a capable dramatic actor. 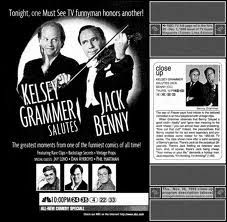 KELSEY GRAMMER AS JACK BENNY
I am a big fan of both Kelsey Grammer and Jack Benny (1894-1974), and it is amazing at the similarities in the comic styles of both actors. Looking at Grammer on the television series "Cheers" and "Frasier", you see a lot of Jack Benny in Grammer's mannerisms. Grammer even hosted a great special on Benny for NBC in 1995. I am not sure of Kelsey Grammer looks enough like Jack Benny, but I think it would be a great role to do. Unfortunately, Jack Benny was such a nice guy, it would probably be boring doing his life story.

For every great film movie like Jamie Foxx as Ray Charles in Ray (2004), there is Faye Dunaway as Joan Crawford in Mommie Dearest (1981). Still Hollywood will continue to make film biographies because where else but Hollywood could the town get the best ideas and stories. The stars' lives are often more interesting than the movies they were in.

What casting ideas do you have...
Posted by David Lobosco at 4:10 AM