GENE KELLY AND HIS FAMILY TREE 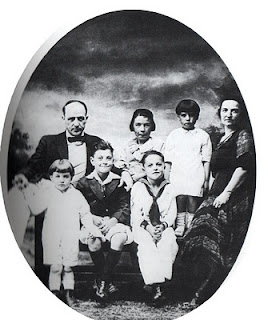 Here is a great article I discovered on researching Gene Kelly's family tree...

When I began my own research, I started by asking my parents questions about their parents and grandparents, and I also referred to an interview with my grandmother when I was in grade school and needed to complete a family history project. That same advice holds true today – you need basic facts about a family to begin your research. In the case of my subject, I couldn’t actually talk to Mr. Kelly. So instead I turned to the only biography that was written during his lifetime in which the author interviewed Kelly himself.

The book is Gene Kelly by Clive Hirschhorn (Chicago : H. Regnery, 1975). While it is not entirely accurate – especially since it begins with the incorrect birth date of its subject – it was a way to get basic information about his brothers and sisters, parents, and grandparents – as close as I can get to acquring the info from Gene himself.

From the first chapter of the biography, I learned enough basic facts to begin my research on the Kelly family:

Gene’s parents were James Patrick Joseph Kelly and Harriet Curran. They married in 1906.

Both came from large families; James was one of eleven children, and Harriet one of 13.

Harriet’s father, Billy Curran, “had emigrated to New York from Londonderry in 1845…via Dunfermline in Scotland.” Billy met “Miss Eckhart”, of German descent, married and moved to Houtzdale, PA. They later moved to Pittsburgh.

Billy died before 1907 from pneumonia after he was left in the cold at night after being robbed.

There were 9 Curran children, and 4 who died, but only 7 are named: Frank, Edward, Harry, John, Lillian, Harriet, and Gus.

James Kelly was born in Peterborough Canada in 1875. 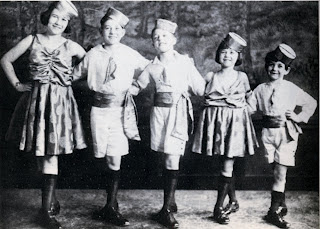 In addition to Gene’s parents’ info were the basics about their children. In birth order, the Kelly family included Harriet, James, Eugene Curran, Louise, and Frederic. Gene was born on August 23, 1912. This is plenty of information to begin a search. But, don’t believe everything you read or everything your family members tell you – sometimes the “facts” can be wrong, and only research will find the truth!

Census records are a great place to begin your research. Back in 1989, my research began at the National Archives with the U.S. Federal Census records. Of course, back then the first available census was from 1910, and none of the records were digitized. Today, I still think census records are the best place to start researching a family. I used Ancestry.com and began with the 1930 census. Despite many “James Kelly” families in Pittsburgh, PA, it was relatively easy to find the entire Kelly clan. As I continued backward with earlier census records and Harriet Kelly’s Curran family, I found some similarities to issues I had in my own family research:

Names can be misspelled. I expected this with Zawodny and Piontkowski, but not with Curran! The Curran family is listed as “Curn” on the 1900 census.

Ages are not necessarily correct. It seems that Harriet Curran Kelly has a similar condition to many of my female ancestors – she ages less than ten years every decade and grows younger!

Information can differ from census to census, and these conflicts can only be resolved by using other record resources. Despite birth year variations for both Gene’s mother and father, James Kelly’s immigration year differed on each census as did Harriet’s father’s birthplace (Pennsylvania, Ireland, or Scotland?).

Finding in-laws is a bonus, and a great way to discover maiden names. If I didn’t already know that Harriet’s maiden name was Curran (from Gene’s biography – and it is also Gene’s middle name), I would have discovered it on the 1930 census since her brother Frank Curran was living with the Kelly family. Also, I knew Harriet’s mother’s maiden name was “Eckhart” from the biography, and the 1880 census of the Curran family lists her brother and sisters – James, Jennie, and Josephine Eckerd.

In the few hours of research on census records alone, I was able to trace Gene’s father only to 1910 after his marriage to Harriet. In 1900 he was single, and I was unable to find a recent Canadian immigrant named James Kelly. Gene’s maternal line ran dry with the Curran’s in 1880. William Curran and Mary Elizabeth “Eckhart” married after 1870. There are too many William Curran’s from Ireland to determine the correct one, and I was unable to locate the Eckhart family prior to 1880. 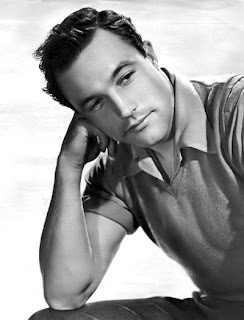 Posted by David Lobosco at 7:23 AM