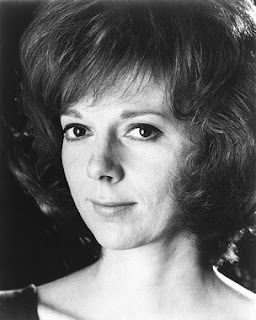 Anna Massey, the award-winning British actor who played innocent victim for both Alfred Hitchcock and Michael Powell, has died from cancer at the age of 73. The news was confirmed in a brief statement from her agent: "Anna Massey CBE passed away peacefully on Sunday 3rd July, with her husband and son by her side."

The daughter of the Hollywood actor Raymond Massey, Anna Massey began her career on stage, picking up a Tony nomination for her turn in The Reluctant Debutante at the age of 18. She made her screen debut in the 1958 crime drama Gideon's Day, directed by her godfather John Ford, and co-starred with Laurence Olivier on the cult 60s thriller Bunny Lake is Missing.

Yet Massey looks set to be best remembered for her roles in two of the most controversial pictures of post-war British cinema. In 1960 she played Helen, the sweet-natured friend of a serial killer in Michael Powell's notorious Peeping Tom. In 1972, she was cast as sacrificial barmaid Babs Milligan in Hitchcock's grubby, London-set thriller Frenzy. Peeping Tom found itself reviled by contemporary critics as "perverted" and "beastly", while Frenzy remains the only Hitchcock film to receive a prohibitive X-certificate in the UK. Today, both films are widely regarded as classics.

In later years Massey acted alongside Christian Bale on The Machinist, Gwyneth Paltrow on Possession and Colin Firth in The Importance of Being Earnest. But her greatest roles arrived via the small screen, where she became a mainstay of the British costume drama. Massey's TV credits include Tess of the d'Urbervilles, Anna Karenina, The Cherry Orchard and Oliver Twist. She won a Bafta for her role as a lonely novelist in the BBC's 1986 adaptation of Hotel du Lac. 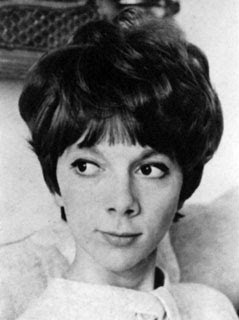 Massey is survived by her husband, Uri Andres, and her son, David, from an earlier marriage to the actor Jeremy Brett. She was made a CBE in the 2004 New Year Honours List and published her autobiography, Telling Some Tales, in 2006. The book was frank in documenting her breakup with Brett and her subsequent struggles with stage fright and anorexia. Life, she admitted, became happier when she met her second husband in the 1980s. "I don't want any dramas in my life," she told an interviewer in 2006. "If I'm in a drama, I want to be paid for it."

Massey is believed to have continued working through recent illness and made her final appearance in the 2010 TV series Moving On, scripted by Jimmy McGovern. "I think however old and blind and prune-like one may look, the spirit inside stays young and flirtacious," she once said... 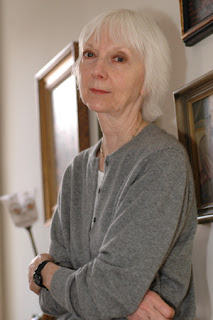 Posted by David Lobosco at 5:09 AM