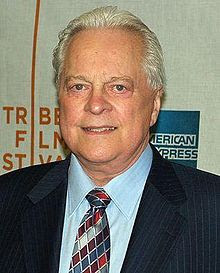 Fans of Turner Classic Movie marathons will soon be facing a three-month void as the channel’s long-time host, Robert Osborne,79, is planning a leave of absence. TCM said in a statement Monday that Osborne will undergo minor surgery, without specifying a particular ailment. Osborne has held his hosting tenure since 1994, and will take a vacation after his surgery.

Fans of the iconic host were reminded that Osborne recently renewed his contract with the channel, so he will definitely return when the three months are up. In the meantime, viewers can look forward to guest hosts like Tippi Hedren, Jane Powell, and Robert Wagner to fill the void. TCM will also air pre-recorded segments with Osborne, including his weekly showings of must-see films, The Essentials.

Osborne was a columnist for The Hollywood Reporter from 1982 to 2009. In 2008, Abbeville Press published his book 80 Years of the Oscar: The Official History of the Academy Awards. Between 1986 and 1993, Osborne was an on-air host for The Movie Channel. In 1994, he moved to Turner Classic Movies, where he remains today.

For TCM, in addition to hosting four primetime movies seven days per week, he has also been the host of special one-on-one "Private Screening" interviews featuring many familiar actors and directors. Since 2006, he has also co-hosted TCM's The Essentials, with Molly Haskell from 2006 to 2007, with Carrie Fisher from 2007 to 2008, with Rose McGowan from 2008 to 2009, and currently with Alec Baldwin.

Osborne has also participated in events at the Paley Center for Media in New York City saluting the television careers of Lucille Ball and Cloris Leachman. He recently served as moderator at the Paley for an evening celebrating the 100th birthday of Academy Award-winning songwriter Johnny Mercer. 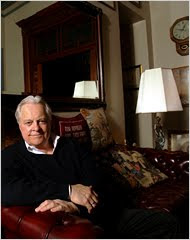 Osborne also hosts the annual Robert Osborne's Classic Film Festival in Athens, Georgia. It began in 2005. The non-profit event is held by the University of Georgia’s Grady College of Journalism and Mass Communication. In 2010 he hosted the very first TCM Classic Film Festival...

SOURCE
Posted by David Lobosco at 6:33 AM