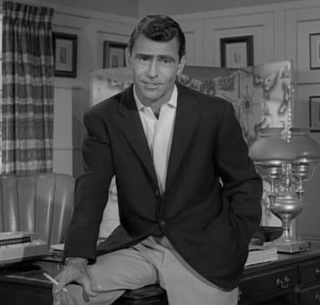 Andrew Meieran and his Bureau of Moving Pictures has acquired rights to make a movie about Rod Serling, the Twilight Zone creator who left behind a remarkable legacy of sci-fi and fantasy work. Stanley Weiser, who wrote Wall Street with Oliver Stone, will script the movie. Serling's widow Carol Serling will be a producer along with Meieran.

Before he became an iconic TV figure, Serling had a life of struggle that included a stint as a paratrooper and member of the demolition squad in the Army during WWII. Stationed in the Philippines, he saw more than his share of death as the US battled the Japanese, and his experiences would inform much of what he would write later. He worked his way into radio and then became a TV writer who found his niche with the CBS series Twilight Zone, a series that elevated scripted television with thought-provoking science fiction tales, each with a great and unexpected plot twist. The segments have influenced a legion of TV and feature writers to this day. If you don't understand the reference "It's a cook book!," you could do worse than go back and watch the original episodes. 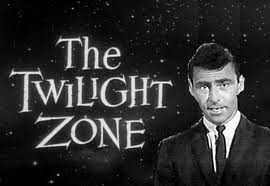 Serling hatched another memorable TV anthology series a decade later in Night Gallery. Movies were made from both series, there's a lively Tower Of Terror theme-park ride that incorporates Serling and a haunted hotel, and Serling also co-wrote with Michael Wilson the script for the 1968 sci-fi classic Planet of the Apes, based on the Pierre Boull novel. Serling died at 50, from complications stemming from chain-smoking cigarettes his entire adult life. 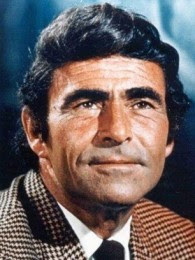 "Rod Serling was one of the true visionaries in television history," Meieran said. "He single-handedly broke the mold and established television as a powerful artistic medium capable of changing the world when used wisely." Meieran, who comes from a real estate investment background, (the Edison in downtown LA is his, and he's acquired Clifton's Cafeteria and is restoring it), has wrapped his directing debut. Highland Park stars Danny Glover, Parker Posey and Billy Burke in a drama about a group of lifelong friends whose jobs fall victim to budget cuts. The film's in post-production.