JUDY GARLAND: A STAR IS REBORN 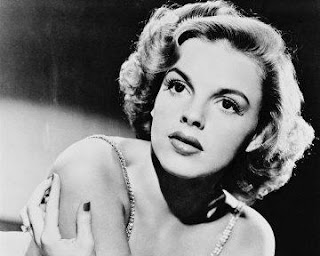 On Big Screen and Small, a Star Is Reborn
By WILL FRIEDWALD

Judy Garland (1922-69) led a life of extremes: Her music contrasted of the exuberant joy of her happy songs with the depressive depths of her torch tunes. Likewise, her life was marked by pinnacles, valleys and triumphant comebacks.

To do justice to Garland, a film series would similarly have to go to extremes, and that is exactly what the Film Society of Lincoln Center is doing with "All Singin', All Dancin', All Judy," a two-week retrospective beginning Tuesday that includes all 31 of her starring roles in feature films. In addition, FLSC is partnering with the Paley Center for "Judy Garland: The Television Years," an equally comprehensive retrospective of her small-screen work.

Why Judy Garland? Why not Joan Crawford, Bing Crosby or Fred Astaire? For one thing, this years marks the 75th anniversary of Garland's feature-film debut, in 1936's "Pigskin Parade." According to Lincoln Center, no American theater has ever mounted a complete run of Hollywood's greatest musical leading lady. John Fricke, the author of six books on Garland and related subjects—including the new "Judy: A Legendary Film Career" (Running Press)—and a consultant for the combined retrospectives, answered with a question: "How many others can you name from her generation of film stars who still have her immediacy of impact? Whose work has proved to be timeless—even in films that were of their time? Whose legacy encompasses classic musical comedies, classic family films, classic musical dramas and standard dramas?" 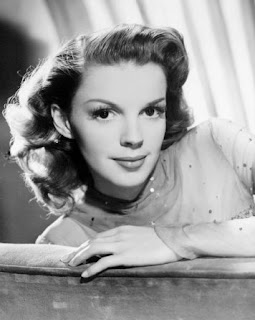 Every show at both the Walter Reade Theater and the Paley Center is highly recommended. But if we had to pick four unmissable shining moments, we'd go with the following. (All are screening at the Walter Reade, with the exception of the first):

"The Judy Garland Show" (1962) and "Judy Garland and Her Guests, Phil Silvers and Robert Goulet" (1963) are the two "specials" that led directly to Garland's epochal 1963 CBS TV series, and represent her finest moments on television. Frank Sinatra and Dean Martin guest on the 1962 entry, and the romantic chemistry between Garland and Sinatra sizzles on the small screen.

"The Pirate" (1948) Under-appreciated in its day but since recognized as a classic, this zesty costume musical presents Garland, dancing leading-man Gene Kelly, songwriter Cole Porter and director Vincente Minnelli all at their creative peaks. 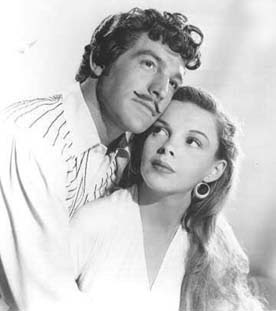 "A Star Is Born" (1954) The big-screen spectacle is Garland's personal epic, a major morality play of showbiz excess that seems more relevant than ever. It will be shown in a new, complete (three-hour) edition.

Short Films and Rarities Presented by John Fricke This one-shot presentation features rare early footage of Garland when she was still a member of the Gumm Sisters trio, as well as her "screen test," the 1936 "Every Sunday: A Tabloid Musical," in which she engages in a battle of "opera vs. jazz" (guess what side she's on?) against teen soprano Deanna Durbin...

SOURCE
Posted by David Lobosco at 6:42 AM