THE LAST DAYS OF FRANCES BAVIER 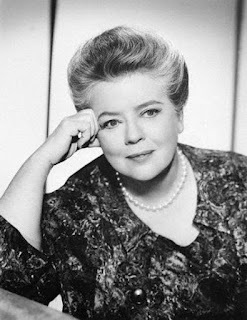 One of the most iconic television shows of all time was The Andy Griffith Show. The show may seem dated now, but in the 1960s it showcased an easy going surburban life that all of middle America dreamed of. The star was Andy Griffith but one of the most endearing characters was Aunt Bee, played by character actress Frances Bavier. After the Andy Griffith Show ended in 1968, Bavier played a few more roles before retiring. Her final years is mostly a mystery as she became a recluse.

According to her obituary from the Associated Press, which appeared thousands of miles away in the Los Angeles Times, she almost never left her house. The Studebaker in her garage had four flat tires. The obituary also said her cats used a downstairs shower stall as a litter box, but Vickie Russell, who lives with her husband in Bavier’s former house, says that’s just not true. The Russells bought the house six months after Bavier died and Vickie Russell said there was never any sign that the shower was used as a litter box — or that the cats were anything but well cared for. The hardwood floors in the house, she adds, were not stained in the least.

Shortly after taking up residence in Chatham County in 1972, Bavier did charity work for both Christmas and Easterseals, wrote Chip Womick of the (Asheboro) Courier-Tribune in the early 1980s. But she soon dropped out of sight, declining interviews, keeping fan mail in a pair of trunks.

Frances Bavier liked her privacy, but even in the little town she moved to people would harrass her. A visit to the town center meant all eyes casting judgment, the ladies at the beauty parlor never forgave her for not joining one of their churches. There were unceasing invitations to Sunday services wherever she went. “Don’t forget, you went to church in Mayberry,” passers-by would say with a sickly-sweet, curt grin. That was one of Bavier’s signature moves on the show! 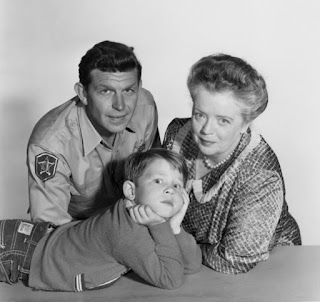 Week after week the same goobers would bump into her asking, “Was that Opie I saw mowin’ yer grass on Sadiddy?” She’d want to scream, “Why are you fixated on my yard?!?” Young couples followed her down the aisles of the Piggly-Wiggly, “Yer not makin’ pickles this summer are ya, Aint Bee?”

Small wonder that, by the 1980s, the former television star was living out of her back bedroom, curtains pulled tight, with 14 devoted kitties for company. She loved her feline companions so much she converted a 250-square-foot bathroom into a sprawling cat box with kitty litter inches deep. What few visitors she had in her final years, store clerks and deliverymen mostly, were overwhelmed by the peeling paint, filthy living conditions and an atmosphere steeped in soft-cream clouds of ammonia that hung over everything like a suffocating umbrella. 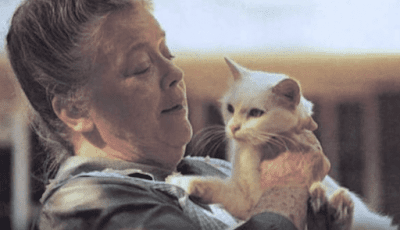 In 1986, three years after she’d stopped venturing out in public, Andy Griffith and Ron Howard made a surprise visit to Siler City’s reclusive cat lady. Bavier refused to allow her decade-long coworkers inside, speaking to them only momentarily through the closed front door. This was after declining repeatedly to be part of their Mayberry reunion movie. Why would she participate? She never liked Andy Griffith from the very beginning.

“She wasn’t the woman you saw on TV,” said Floyd Bowers, who worked at an Exxon station near Bavier’s grave and spoke to press about her in 2004. “She liked her privacy, and she was hard to please. My wife worked at the hospital, and she was what the nurses call a hard patient.” There were reports that Bavier suffered a chronic heart condition and neighbors described her as senile, saying she didn't like to wear clothing and had to be prevented from leaving home in a state of undress.