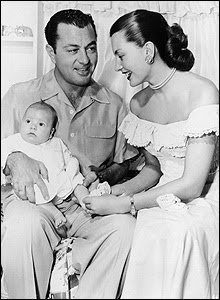 When looking for stories about classic Hollywood, a lot of the stories appear for one day and get forgotten, or they get buried all together. I was saddened to just discover that tragedy has entered singer Tony Martin's life again.

The only son that Tony had with wife and dancer Cyd Charisse passed away at the age of 60 on April 10, 2011. Tony Martin Jr. was born on August 28, 1950 in Los Angeles, California to two of the most talented people in Hollywood. Tony Martin was a big band singer, live performer, and movie star since the mid 1930s. Cyd Charisse was one of the best dancers of Hollywood's golden age. She was a popular dancer in MGM musicals from 1946 to 1957. 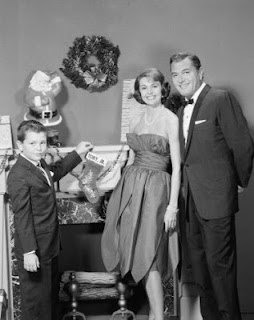 Tony Martin Jr. was a musican, who married beauty starlet Liv Lindeland-Martin. Liv was originally from Norway and a popular Playboy playmate. It is not known if they had any children together.

I have not discovered the cause of death, but it was reported that Tony Martin Jr had been in ill health for years, and his parents had to pay most of the medical bills. It was also reported that Tony Jr was in a car accident in 2001, but I am not sure if that contributed to his death.

This is the second sad death that the elder Tony Martin, who is now 97, has had to deal with. Cyd Charisse passed away on June 17, 2008. Tony Martin Jr. is survived by his wife, his father, and his half brother Nico Charisse... 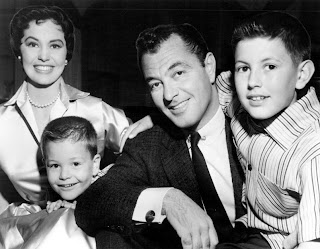