THE LAST DAYS OF EDDIE LANG

Not many people will deny that Eddie Lang is the father of the modern jazz guitar, and it is great to know that almost eighty years after his untimely death, he is still well remembered. Unfortunately that untimely death on March 26, 1933 is remembered as well.

Eddie Lang, the son of Italian immigrants and the youngest of 10 children, was born Salvatore Massaro in South Philadelphia on October 25, 1902. Before he was old enough to attend school, Salvatore was playing a homemade miniature guitar crafted from a cigar box by his father, a stringed-instrument maker. The stage name “Eddie Lang” was adopted from that of a basketball player Salvatore admired. Lang was a busy sideman in the 1920s and he participated in many of the top bands of the day including the popular band of Paul Whiteman. While with the Whiteman orchestra, Eddie met a young vocalist by the name of Bing Crosby, and they became fast friends. When Crosby left the Whiteman band in 1930, he brought Eddie Lang with him so they both could make their mark on Hollywood.

By 1931, Lang was working full time as Crosby’s personal accompanist on Crosby’s theater shows, nightly radio broadcasts, and recordings. When Crosby signed a $300,000 five-picture deal with Paramount Studios, he insisted Lang share the experience with him. Lang, playing guitar accompaniment, appeared with Crosby in their only Hollywood feature film together, The Big Broadcast in 1932.

For his next movie, College Humor, Crosby not only wanted Lang in the film, but also wanted him to have a speaking part. Lang, however, had been suffering with a chronically “low and hoarse” voice. 8 Despite Lang’s general mistrust of medicine and aversion to doctors (characteristics that Crosby attributed to Lang’s relative lack of education and immigrant background), Crosby finally talked Lang into seeking medical advice. In interviews later in life, Bing still felt the guilt of urging Lang to get medical treatment. 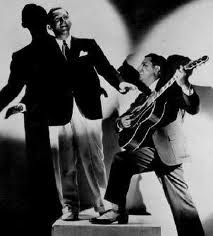 A tonsillectomy was performed the morning of Sunday, March 26, 1933, at Park West Hospital at 170 West 76th Street in Manhattan. Presumably,general anesthesia was used. Lang’s wife Kitty (a former Ziegfeld Follies dancer) was present in the hospital at the time of the operation. 8,9 In the immediate postoperative period, the operation appeared to have been a success. The surgeon reportedly left, stating that everything had gone well. Kitty Lang recalls being told by the doctor that Eddie had been given a sedative and would sleep for a while.

According to one published reference, Kitty left to get something to eat, and on her return found that Eddie Lang had died. However, in another source, Kitty claims that, despite the doctor telling her to go home and come back later, she remained at Eddie Lang’s bedside throughout the entire postoperative period, waiting for him to awaken and see her. Eddie Lang never woke up. According to Kitty, after a nurse checked Lang’s pulse around 5:00 pm, a doctor was rapidly called, and Kitty was escorted out of the room, being told soon thereafter that Eddie had died. Bing Crosby, who reportedly had been at the nearby Friar’s Club, rushed to the hospital after being notified of Lang’s death. According to Kitty, “when Bing found out, he cried in my arms like a baby.” 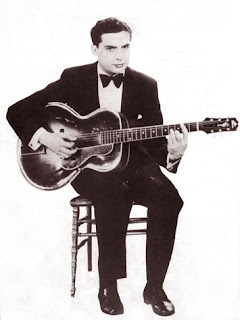 The mechanism of death is uncertain. In a 1992 interview of some of Eddie Lang’s living relatives by Italian jazz critic Adriano Mazzoletti, it was stated that Lang had “suffocated on his own blood.” One relative suggested that Lang was allowed to bleed to death because of inattention by the nursing staff. Yet another theory as to the cause of death centers around Kitty Lang’s claim that she had been told that Eddie had developed “a blood clot that formed in the lung.” However, the accuracy of such a diagnosis cannot be confirmed, as an autopsy was never performed. According to Kitty, “I didn’t want them to cut him up anymore. Whatever had gone wrong, I felt I didn’t want to know.”

Lang’s body was transported to his hometown of Philadelphia, where the funeral was held on Thursday, March 30,1933. The event, which drew more than 2000 guests, including many members of the jazz community, was documented by a small obituary in the Philadelphia Record. 10 Eddie Lang’s death drifted into distant memory as rapidly as Bing Crosby’s career rocketed toward uncharted heights. Because of Eddie Lang's death at such a young age, his full genuis has never been realized, but with his recordings at least we can sample at least a piece of it.