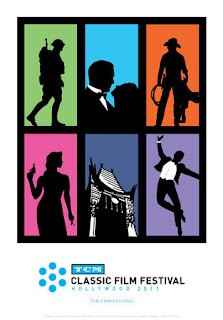 Most film festivals try to introduce new and upcoming films to the world, but the TCM festival showcases classic films with more than 70 screenings through May 1.

The main goal of the festival is “to further build a community for classic film lovers, create a place where they can gather, celebrate their shared passion and immerse themselves in a classic movie environment,” said Charlie Tabesh, senior vice president of programming at TCM and head programmer of the festival.

Now in its second year, the film festival will hold screenings at several Hollywood locations, including Grauman’s Chinese Theatre, the Egyptian Theatre and poolside at The Roosevelt Hotel. Club TCM, a gathering spot for mingling and special guest speakers, will be located in the Blossom Room at the historic Hollywood Roosevelt Hotel, the site of the first Academy Awards ceremony.

Tabesh is especially excited for Buster Keaton's The Cameraman with live accompaniment by Vince Giordano and the Nighthawks orchestra. Other programming highlights include the world premiere of the 60th anniversary restoration of An American in Paris, a screening of Shall We Dance with Alexis Gershwin (niece of George and Ira Gershwin), Citizen Kane, A Streetcar Named Desire, Taxi Driver, The Outlaw Josey Wales, Shaft, Girl Happy, Goldfinger, To Kill a Mockingbird, Breakfast at Tiffany’s and West Side Story.

“I think this year there is much more a sense of anticipation since we did it once successfully, so I hope we can surpass what we did last year,” Tabesh said.

SOURCE
Posted by David Lobosco at 5:50 AM