"I don't mind meeting you because you did not know me before, when I was young and very beautiful," said 76-year-old Marlene Dietrich to Charlotte Chandler in 1977 in Paris. Marlene (Simon & Shuster, $26) is the latest "Personal Biography" (are there any other kind?) from Chandler, whose previous subjects include Joan Crawford, Alfred Hitchcock, Ingrid Bergman, Mae West, Katharine Hepburn, and Bette Davis.

The strength of Chandler's approach is that each luminary's version of history is recorded in lengthy interviews, from which she quotes extensively. Friends, colleagues, ex-lovers, relatives are also cited. Chandler's non-threatening style makes each subsequent, aging legend more likely to speak with her. Unfortunately, she rarely challenges any of their assertions.

Although most major classic Hollywood figures adeptly managed their images, few did so as tenaciously as Dietrich (1901-92). She perpetuated myths about herself from the beginning of her American career. Decades into her stardom, she claimed she had been "a student in a theatre school in Europe" when director Joseph von Sternberg cast her as Lola Lola in The Blue Angel (1930), making her an international sensation. She implied she was young and inexperienced. Researchers eventually uncovered the truth. While she had briefly studied with Max Reinhardt, she was 29, had made at least 17 German movies beginning in 1923, and had worked in cabaret and the stage in Berlin and Vienna. Von Sternberg saw something in her others hadn't. Dietrich insists she never tried to hide her age and didn't discuss those early pictures because they weren't important. It's a convenient if unlikely excuse. 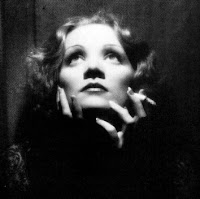 After the success of The Blue Angel, Paramount signed Dietrich to a long-term contract, and from 1930-35, von Sternberg directed her in another six movies, the last four financial failures. They are nonetheless riveting, superbly framing Dietrich's enigmatic mystique. She continued making films without him for nearly three decades, often to great effect, but her place in the Hollywood Pantheon is based on their collaboration. Their relationship was contentious – he was often abusive, yet she spoke of him glowingly.

She reminisces about her upper-middle-class Berlin childhood, her devotion to daughter Maria Riva, her grandchildren and only husband, Rudolph Sieber. Once she arrived in America, she and Sieber rarely lived together – he had a mistress whom Dietrich liked – and for much of the time, they looked after Maria.

She touches on some of her affairs: Douglas Fairbanks, Jr., who speaks warmly about her; John Wayne; Jean Gabin; and writer Mercedes De Acosta. The last is discussed briefly within the context of her lesbian experiences, which started with a slightly older classmate. Dietrich says she had a "brief encounter" with De Acosta, who also had an intimate relationship with Greta Garbo, whom Dietrich found "fascinating." Yet Chandler fails to pursue that topic. She mentions that Dietrich had a small role in Joyless Street (1925), starring Garbo. The two may have had a scene together. Chandler doesn't ask if they met, and ignores Diana McClellan's assertion in The Girls that Dietrich may have seduced Garbo.

Chandler's on sounder footing when Dietrich explains why for years she didn't admit to having an older sister, of whom she was fond. When Hitler came to power, he ordered Dietrich to return to Germany. She refused, becoming an American citizen instead. Her mother, sister, brother-in-law and nephew remained in Germany, and publicity about them would have been risky. Her brother-in-law and sister cooperated with the Nazis, but after the war, Dietrich suppressed that information, and relocated her family to West Berlin. 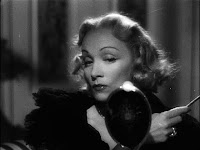 Surprisingly, Chandler doesn't spend much time on Dietrich's courageous appearances before Allied soldiers at the European front during WWII. She was made a Colonel and carried cyanide on her, in case she was captured. Despite grueling conditions, she sang for GIs, talked to them, wrote letters for them, visited the wounded, and when possible, cooked for them.

One of the best parts of Marlene recounts how, after a 13-year absence, in 1977, she made her last screen appearance, directed by David Hemmings in Just a Gigolo, starring David Bowie. Screenwriter Joshua Sinclair defied all odds to sign her. She was offered $100,000 for four days' work in Berlin. She demanded – and received – $250,000 for two days' shooting in Paris, plus the cost of her dress ($5,000). The movie was awful, but she performed the title song hauntingly.

In the early 1980s, growing more dependent on alcohol and pain medication, Dietrich became a recluse in her Paris apartment, ordering room service from the Plaza Athenee Hotel. She had always spent lavishly, on jewels, clothes, her daughter's townhouse on Manhattan's Upper East Side, her four grandsons' private-school education. Sadly, she began to outlive her money.

In movies and her acclaimed cabaret and concert acts, Dietrich controlled every aspect of her image, and was determined to do so late in life. Chandler assists her ably in that regard. For a more balanced view of her remarkable career, readers should turn to Maria Riva's Marlene Dietrich, or Stevan Bach's Marlene Dietrich: Life and Legend, or watch Maximilian Schell's amazing documentary Marlene (1984), in which she refuses to appear on camera, but answers his questions with imperious asperity.