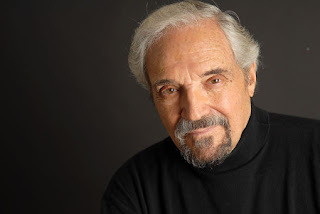 Hal Linden, the Emmy and Tony Award-winning actor, who became a household name with his portrayal of police precinct captain Barney Miller in the hit television series, realizes a lifelong dream this Tuesday, April 26, with the release of his first CD, It’s Never Too Late.

The disc is a diverse collection of Broadway and feature film tunes, classic pop songs, as well as jazz standards and favorites from the American Songbook that Linden recorded over a period of three decades in a variety of settings—large and small studios, with big bands and combos, in locations from New York to Los Angeles.

Linden, an accomplished singer and musician, (he’s a classically trained clarinetist), worked with several top arrangers to put his own stamp on well-known tunes such as Cole Porter’s “You’d Be So Nice To Come Home To,” which opens the 14-track album. It’s followed by a medley of “Mississippi Mud,” first recorded in 1928 and made popular by Bing Crosby, and the Hoagy Carmichael song “Up A Lazy River.”

The disc shifts gears with a soulful version of “She’s Out of My Life,” arranged by renowned jazz pianist and Grammy-award winner Bob Florence, who has worked with Harry James, Buddy Rich, Louie Bellson and Doc Severinson. Florence also arranged “If I Could,” a hit for Regina Belle and, later, a staple of Celine Dion’s Las Vegas show.

Linden worked on Broadway for many years, so it is only fitting that tunes from the Great White Way find a home here, including “Hello Dolly!,” which features additional lyrics penned by songwriter Jerry Herman, and Stephen Sondheim’s Zigfield-esque “Beautiful Girls” from his 1971 musical Follies.

Film music is well represented on It’s Never Too Late including the Grammy, Golden Globe and Academy Award-winning hits “You Light Up My Life,” and “Evergreen.” Linden gives the former a new twist, by adding a gospel choir. A touch of pedal steel on “Moon River,” gives the classic country colors. (Interesting trivia: It was Linden who performed “You Light Up My Life” at the Golden Globes ceremony in 1978, where it won the award for Best Original Song, and later tied for Song Of The Year with “The Love Theme From A Star Is Born (Evergreen)” at the Grammy Awards).

Other cuts include Billy Joel’s “She’s Got a Way,” that Linden delivers with a jazzy edge, a perfect complement to the artist’s own tune “Meet Me At Jack’s,” a cool, finger-snappin’ number originally written as the potential theme song for the television series Jack’s Place. Linden plays clarinet on several tracks including the instrumental “There Will Never Be Another You.” The CD closes with “Late In Life,” a track that holds particular meaning for Linden, with the lyric “It’s never too late in life to reach for a childhood dream.” 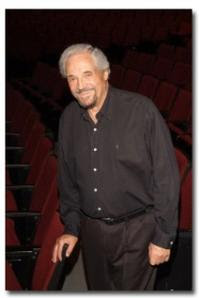 Linden, who came of age during the Big Band era, had indeed dreamed of leading a band of his own, where he could sing, play the clarinet, tour and make records. When he returned from a stint in the army, however, he realized that big bands were less in demand and his career path subsequently led him to the stage, film and television. Linden celebrated his 80th birthday in March, while on tour with his successful cabaret-style act, An Evening With Hal Linden, that has earned him rave reviews. “Hal Linden wows them,” notes the Portland Oregonian, “…a triple-threat performer with a big voice.”

With the new CD, Linden proves it's never too late to reach for our dreams.

SOURCE
Posted by David Lobosco at 7:27 AM