THE LEGACY OF BETTE DAVIS

During her incredible 100-film career, Bette Davis gained a reputation as a feisty actress who never backed down from a good fight. To mark her birthday, we look back on some of her more famous Hollywood feuds.

“In this business,” Bette Davis once said, “until you're known as a monster you're not a star.” There was no denying Bette Davis’ stardom – she appeared in more than 100 films, won the Academy Award twice, set a record by being nominated 10 times, was the first woman to be given a Lifetime Achievement Award by the American Film Institute, and was the first to serve as president of the Academy of Motion Picture Arts and Sciences.

But it’s safe to say Bette Davis made a few enemies along the way.

In Davis’ day it could be difficult (as it remains now) to distinguish real animosity from publicity stunts dreamt up by studio marketing executives, but the public was so willing to believe Bette Davis a monster in part because, unlike many actresses, she didn’t shy away from unsympathetic roles. 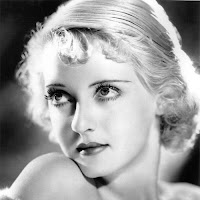 Indeed, her big break came in playing the vicious, illiterate waitress Mildred Rogers who torments club-footed obsessive Phillip Carey in Of Human Bondage. She received her first Academy Award nomination and was considered a shoo-in but was beaten by Claudette Colbert in what many rank among the worst Oscar snubs of all time. The controversy resulted in the accounting firm Price Waterhouse being hired to tally the votes the following year, a practice that continues to this day.

In a positive review of her next film, 1935’s Dangerous, one critic wrote of her portrayal of a troubled actress, “I think Bette Davis would probably have been burned as a witch if she had lived two or three hundred years ago. She gives the curious feeling of being charged with power which can find no ordinary outlet.” She won an Academy Award for the role.

Her second Academy Award came for a role in Jezebel, and it sparked one of two high-profile catfights that Bette Davis would become famous for. She landed the Jezebel part originally played on Broadway by Miriam Hopkins, and while on the set of The Sisters, had an affair with director Anatole Litovak – Hopkins’ husband. The women were then cast together in The Old Maid playing – what else – two women warring over the same man. Hopkins and Davis posed for publicity stills wearing boxing gloves and the stunt pairing was repeated in Old Acquaintance. One is tempted to brush the whole feud off as a publicity stunt – but not Davis. She continued to slam Hopkins as “unprofessional” and “terribly jealous” in interviews decades later.

That was practically a compliment compared to what she had to say about Joan Crawford.

That Bette Davis and Joan Crawford didn’t like each other is an understatement. It may have began when Crawford had great success with two films originally meant for Davis – Mildred Pierce, which Davis passed on to star in The Corn is Green, and Possessed, which Davis missed as she was on maternity leave (the role earned Joan Crawford an Oscar nomination).

The two actresses temporarily put their differences aside to star in the Robert Aldrich-directed thriller about disabled, former big-time actress Blanche Hudson living in a decaying mansion and being tormented by her psychotic sister, a former child star known as ‘Baby’ Jane. Said director Aldrich of their pairing, “It's proper to say that they really detested each other, but they behaved absolutely perfectly."

Davis, aware that Crawford was on the Pepsi-Cola Board of Directors (her late husband had been Pepsi’s CEO), insisted on having a Coca-Cola machine installed in her dressing room. While filming a fight scene, Davis kicked Crawford in the head. Crawford retaliated by concealing weights under her gown during a scene where Davis had to drag her across the floor, causing the latter actress to strain her back.

When Davis was nominated for an Academy Award for the role, Crawford reputedly campaigned against her, even going so far as to contact Bancroft and offer to accept the Best Actress award in her honor should she be unable to attend the ceremony. In the end, Crawford did just that, and the two actresses would publicly exchange barbs for decades. Hoping to repeat Baby Jane’s successful formula, Aldrich again cast the pair in Hush…Hush, Sweet Charlotte, but Crawford dropped out after a campaign of intimidation by Davis and was hospitalized for a nervous breakdown.

For the rest of her life, Davis would go out of the way to slam Crawford, and is famously quoted as saying, “Why am I so good at playing bitches? I think it’s because I am not a bitch. Maybe that’s why Miss Crawford always plays ladies.”

It wasn’t just ladies Bette Davis tangled with. She clashed with director William Wyler, with Errol Flynn, with Robert Montgomery, with Warner Brothers, and even with the Academy of Motion Picture Arts and Sciences while serving as its president. She seemed to revel in the notoriety and enjoyed being bluntly dismissive, swearing and chainsmoking through talk shows where she became a frequent and popular guest. Audiences enjoyed her candor and she was a link to the bygone days of Hollywood’s Golden Age.

Bette Davis continued acting on screen and stage almost right up until her death in 1989. Asked how she managed to enjoy such a long, tumultuous career, she responded matter-of-factly, “I survived because I was tougher than everybody else.”