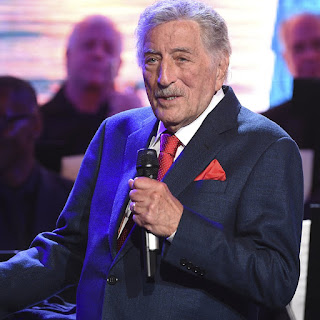 Bennett's family first revealed that he lives with Alzheimer's disease back in February, and the 95-year-old music legend took the stage one last time in August, with back-to-back shows at New York's Radio City Music Hall alongside frequent collaborator Lady Gaga.

During Sunday's episode of 60 Minutes, Anderson Cooper sat down with Bennett and Benedetto following his final stage appearance.

"He recognizes me, thank goodness, his children, you know we are blessed in a lot of ways," Benedetto told the journalist. "He's very sweet."

"He doesn't know he has it," she added, referring to his Alzheimer's.

Previously, Benedetto said that Bennett was unable to understand what the disease is.

During the 60 Minutes broadcast, Bennett performed a song with his pianist — recalling each word and note without sheet music or lyrics in front of him. 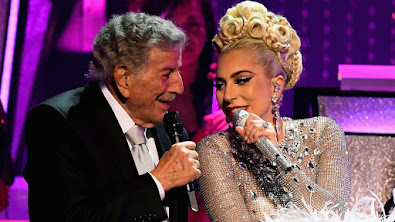 "Well that was really one of the great honors I've ever had," Cooper, 54, said, thanking Bennett for the song.

"Tony likes to say he's in the business of making people feel good, and he still is," Benedetto commented, to which Bennett confirmed, "That's it."

Dr. Gaytari Devi, who diagnosed Bennett with the disease in 2017, said in the 60 Minutes interview that the star "knows he's Tony Bennett and he knows how to behave like Tony Bennett."

"That's an area of the brain that's just so an innately hardwired part of his brain," she told Cooper. "And it's also an area of his brain that gives them real meaning and purpose in his life, and it's imbued with emotion." 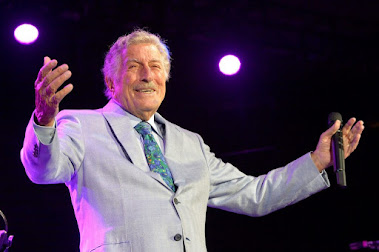 SOURCE
Posted by David Lobosco at 8:06 AM