MEL BROOKS AND HISTORY OF THE WORLD PART 2 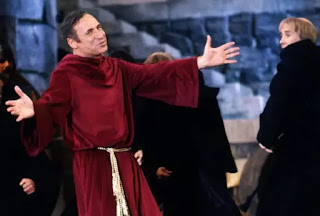 “History of the World, Part I” is finally getting a Part II, with Hulu ordering a variety series follow up to the classic Mel Brooks comedy film, Variety has learned exclusively.

“History of the World, Part II” is described as a sequel to the 1981 film. The film was made up of segments set during different periods of world history. Among those was the Stone Age, Ancient Rome, and the French Revolution. Like most of Brooks’ work, it also featured musical numbers, including one about the Spanish Inquisition and, of course, “Jews in Space.”

Brooks is a writer and executive producer on the series along with Nick Kroll, Wanda Sykes, Ike Barinholtz, David Stassen and Kevin Salter. There is no word yet on which world events the series will cover. Hulu has ordered eight episodes of the show. The writers room is beginning in October with production slated to begin in Spring 2022. Searchlight Television and 20th Television will produce.

“I can’t wait to once more tell the real truth about all the phony baloney stories the world has been conned into believing are History!” Brooks said.

Brooks, a comedy legend and EGOT winner, wrote and directed “History of the World, Part I” in addition to appearing onscreen in five different roles. Those included King Louis XVI and his piss boy doppleganger as well as the stand up philosopher Comicus. The film also featured stars like Gregory Hines, Dom De Luise, Madeline Kahn, Harvey Korman, Cloris Leachman, and many more. 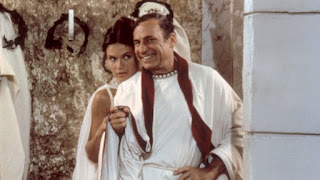 SOURCE
Posted by David Lobosco at 6:25 AM