BORN ON THIS DAY: CURLY HOWARD 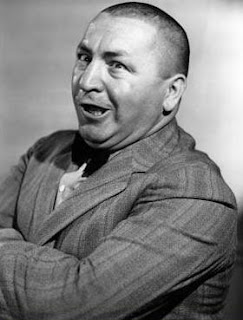 One of the true geniuses of comedic cinema was the great Curly Howard. Today we celebrate what would have been this lovable buffoon's 118th birthday!  Curly was born Jerome Lester Horwitz in the Bensonhurst section of the Brooklyn borough of New York City, on October 22, 1903. Of Lithuanian Jewish ancestry, he was the youngest of the five sons of Jennie (Gorovitz) and Solomon Horwitz. Because he was the youngest, his brothers called him "Babe" to tease him. The name "Babe" stuck with him all his life, although when his elder brother Shemp Howard married Gertrude Frank, who was also nicknamed "Babe", the brothers called him "Curly" to avoid confusion.

A quiet child, Howard rarely caused problems for his parents (something in which older brothers Moe and Shemp excelled). He was a mediocre student, but excelled as an athlete on the school basketball team. He did not graduate from high school, and instead he kept himself busy with odd jobs and constantly following his older brothers, whom he idolized. He was also an accomplished ballroom dancer and singer, and regularly turned up at the Triangle Ballroom in Brooklyn, occasionally bumping into George Raft. 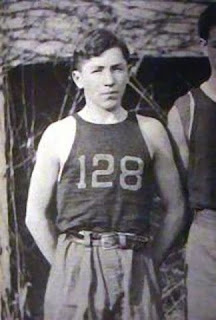 When Howard was 12, he accidentally shot himself in the left ankle while cleaning a rifle. Moe rushed him to the hospital and saved his life. The wound resulted in a noticeably thinner left leg and a slight limp. He was so frightened of surgery that he never had the limp corrected. While with the Stooges, he developed his famous exaggerated walk to mask the limp on screen.

Howard was interested in music and comedy, and watched his brothers Shemp and Moe perform as stooges in Ted Healy's vaudeville act. He also liked to hang around backstage, although he never participated in any of the routines.

Curly's first on-stage break was as a comedy musical conductor in 1928 for the Orville Knapp Band. Moe later recalled that his performances usually overshadowed those of the band. Though he enjoyed the gig, he watched as brothers Moe and Shemp with partner Larry Fine made it big as some of Ted Healy's "Stooges". Vaudeville star Healy had a very popular stage act, in which he would try to tell jokes or sing, only to have his stooges wander on stage and interrupt or heckle him and cause disturbances from the audience. Meanwhile, Healy and company appeared in their first feature film, Rube Goldberg's Soup to Nuts (1930). 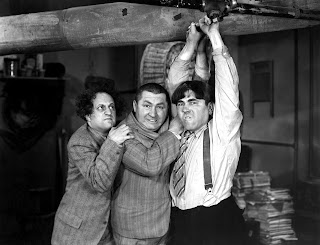 Shemp Howard, however, disliked Healy's abrasiveness, bad temper, and alcoholism. In 1932, he was offered a contract at the Vitaphone Studios in Brooklyn. (Contrary to stories told by Moe, the role of "Knobby Walsh" in the Joe Palooka series did not come along until late 1935, after Shemp had been at Vitaphone for three years and had already appeared in almost 30 short subjects.) Shemp was thrilled to be away from Healy, but as was his nature, worried incessantly about brother Moe and partner Larry. Moe, however, told Shemp to pursue this opportunity.

With Shemp gone, Moe suggested that Curly fill the role of the third stooge, but Healy felt that with his thick, chestnut hair and elegant waxed mustache, he did not "look funny" and was "too handsome". Howard left the room and returned minutes later with his head shaven (the mustache remained very briefly). Healy quipped, "Boy, don't you look girlie?" Moe misheard the joke as "curly", and all who witnessed the exchange realized that the nickname "Curly" would be a perfect fit. And the rest is comedic history... 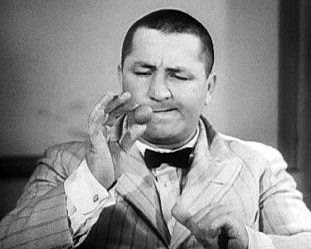