I love making lists of my favorites. It goes back to when I was a child. Is it the OCD in me? Or is it the desire to rank everything? I am not sure. I last published a list of my favorite male singers in 2019, so I wanted to see if the pandemic and two years changed anything!

Here is the countdown: 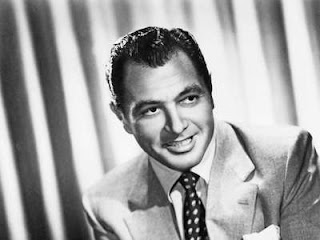 5. TONY MARTIN (1913-2012)
Tony sang for an amazing nine decades, and he had one of the strongest pipes in the business. Although he recorded in the 1930s and 1940s prolifically, his biggest hits came in the 1950s with "Kiss Of Fire", "There's No Tomorrow", and many others. I had the pleasure of seeing him in concert in 1999, and although he was 86 then - he still had it! His later years were sad as he mourned the death of his wife dancer Cyd Charisse, as well as the death of his son. However he gave millions of fans hours of enjoyment with his records. (ranking in 2013: 10, ranking in 2019: 4)
4. BILLY ECKSTINE (1914-1993)
Billy Eckstine was born in my hometown of Pittsburgh, and like Tony Martin, Billy had such a smooth sounding voice. Just listen to his version of "I Apologize", and it will instantly get rid of any headache that you may have. Another big hit at the time for Billy was "My Foolish Heart". In the 60s and 70s, Eckstine recorded for Motown Records and smaller labels with mixed results, but the voice was still there. He did a lot of live performances at the time and toured with Sarah Vaughan. I highly recommend  their album together on the Mercury label of Irving Berlin songs from 1958. Billy died in Pittsburgh, and I was attending college near where his funeral procession was in 1993. (new to list) 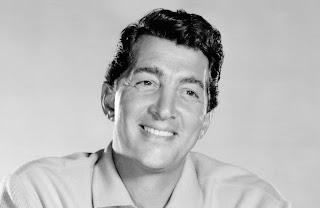 3. DEAN MARTIN (1917-1995)
Dino Crocetti made singing look so easy. His records for Capitol, and later Reprise make it seem like Dean never tried. He made singing seem so effortlessly, but in reality he was a dedicated performer, especially in the 1950s and 1960s. Dean became more famous for his television show, which was on the air from 1965 to 1974, but he recorded countless hits like "That's Amore", "Memories Are Made Of This" and "Sway". Dean kind of gave up after 1987 when his son was killed in an airplane crash. I highly recommend an early album Dean did for Capitol called Swinging Down Yonder in 1955. One of my prized possessions are the various Bear Family CD box sets of Dino's complete output. What a singer he was! (ranking in 2013: 2, ranking in 2019: 2)
2. BUDDY CLARK (1912-1949)
Buddy spent countless years being a radio and big band singer. He had the personality and charisma for being a movie star, but unfortunately he did not have the looks. In 1946 he signed with Columbia Records and scored his biggest hit with the song "Linda" recorded in November of that year, but hitting its peak in the following spring. 1947 also saw hits for Clark with such titles as "How Are Things in Glocca Morra?" (from the musical Finian's Rainbow), which made the Top Ten, "Peg O' My Heart", "An Apple Blossom Wedding", and "I'll Dance at Your Wedding". The following year he had another major hit with "Love Somebody" (a duet with Doris Day, selling a million and reaching #1 on the charts) and nine more chart hits, and extended his success into 1949 with a number of hits, both solo and duetting with Day and Dinah Shore. Buddy's life ended tragically on October 1, 1949 in an airplane crash. He died way too young. (ranking in 2013: 5, ranking in 2019: 6) 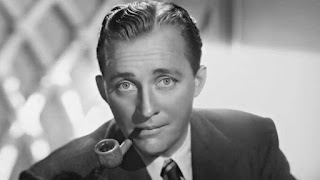