MICKEY ROONEY AND HIS OFFENSIVE ROLE 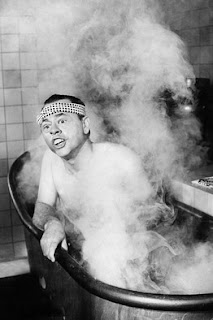 At the age of 93, actor Mickey Rooney passed away in 2014. As his many lengthy eulogies had made abundantly clear, his was a life of stratospheric highs and humiliating lows. He was one of the biggest stars in the world as a teen; he fell into bankruptcy and irrelevancy as an adult. He reinvented himself and rebounded. He crashed and burned. Few lives have had as many epic twists and turns, making his obituaries obsessively engrossing reading.

But there's one thing the newspapers have generally danced past, and it happens to be the role that has cast the longest shadow out of a career of thousands: His performance as Mr. I.Y. Yunioshi in the classic 1961 film "Breakfast at Tiffany's."

In the decades since the film was released, Rooney's portrayal of Yunioshi — taped eyelids, buck teeth, sibilant accent and all — has become one of the persistent icons of ethnic stereotype, brought up whenever conversation turns to the topic of Hollywood racism. The depiction has prompted widespread protests whenever the film is screened; Paramount, the studio behind "Breakfast" has now acknowledged Yunioshi as such a toxic caricature that its canonical "Centennial Collection" DVD release of the film includes a companion documentary, "Mr. Yunioshi: An Asian Perspective," which features Asian American performers and advocates in conversation about the role's lasting cultural impact and the broader context of Asian and other racial stereotypes in entertainment. 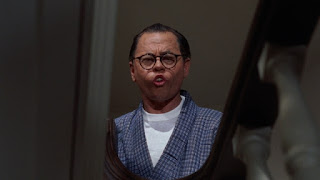 Six before his death in 2008, after four decades of stolidly defending the role, even Rooney himself finally expressed some regrets, stating in an interview that if he'd known so many people would be offended, "I wouldn't have done it."

Would that he hadn't. The spectre of Yunioshi continues to haunt Hollywood and Asian America today. Rooney's broadly comic performance, repurposed from his early vaudeville days into the brave new world of the cinema, is the godfather of the "Ching-Chong" stereotype that continues to rear its yellow head today.

And even when laughed at for the right reasons, they're problematic. As many have pointed out in the wake of that campaign, the mainstreaming of these images has the unfortunate side effect of making them seem safe for public consumption…so long as their intent isn't to "harm." The danger of allowing intent to be the sole arbiter of whether something is acceptable can be seen most obviously in the depictions of another marginalized American population — the Native American Indians... 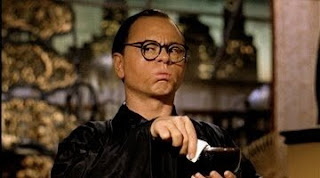 SOURCE
Posted by David Lobosco at 9:26 AM