THE WIT OF W.C. FIELDS 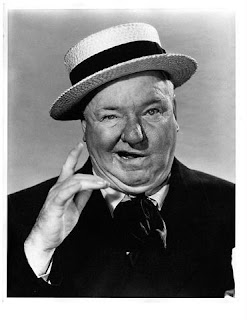 THE WISDOM OF W.C. FIELDS
by Bob Colonna

Ran across this in an old collection of American humor. Never heard it before:

W.C. Fields was riding in the back seat as his agent Billy Grady (who told this story) was driving through the South one night. The comedian was drinking "martinis" -- a bottle of gin in one hand and a bottle of vermouth in the other. At an intersection in a country town they saw a man hitchhiking, and Fields said, "Pick him up; where's your sense of charity?"

The man got in the back with Fields, who extended the bottle, but the man refused, with a look of piety. About five miles along the man said, "Brothers, I'm a minister of the gospel."

Fields blew a mouthful of gin onto the floor, and the man continued. "You're sinning in this automobile, and although I don't ordinarily do no free preaching, I'm going to preach a free sermon right here. To tell you the truth, I'm going to give you Number Four."

"Called 'The Evils of Alcohol.'"

Fields leaned forward and said to Grady, "Pull up beside the first ditch you see."

The minister's narrative had reached a point where a roustabout had pawned his small daughter's shoes to raise money for a drink when Grady slammed on the brakes and Fields kicked the minister out of the door and into the ditch. Then he threw him an unopened bottle of gin and said, "That's my Number Three. Called 'How To Keep Warm In A Ditch.'" And they drove away... 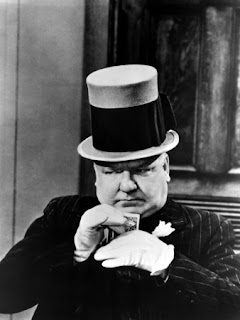