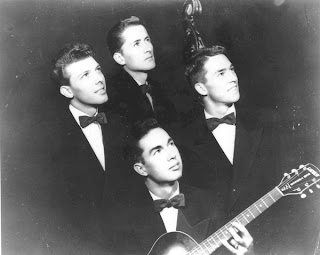 In 1947, Ross Barbour and three other freshmen decided to take a year’s break from college to take their barbershop quartet on the road. They soon morphed into the Four Freshmen, a close-harmony, jazz-inflected vocal group that is still going strong — albeit with performers who were not even born at the inception.

Mr. Barbour, died at 82 on Saturday at his home in Simi Valley, Calif., as the last of the founding members of the Four Freshmen. Dina Roth, a manager of the group, said the cause was lung cancer. Instead of studying, the Four Freshmen ended up teaching a fresh approach to close harmony, influencing the Beach Boys, the Mamas and the Papas, the Lettermen, the Manhattan Transfer and other groups. Their sound was characterized by long, lush chords — Mr. Barbour called them “purple chords” — and an improvisational style that made four voices seem like five or six. Each of the singers also played at least one instrument.

Brian Wilson, the genius behind the sound of the Beach Boys, was inspired by seeing the Four Freshmen when he was 15 at the Coconut Grove in Hollywood in 1958. He called them his “harmonic education.”

The others in the original group were Mr. Barbour’s brother Don, who was killed in a car accident in 1961; Hal Kratzsch, who died of cancer in 1970; and Bob Flanigan, who died in May.

The group has been widely described as the longest continuously performing vocal quartet of its kind in the United States, an accomplishment made possible by the constant matriculations of new freshmen. There have been a total of 23. Current members are Brian Eichenberger, Curtis Calderon, Vince Johnson and Bob Ferreira.

The Freshmen have recorded 50 albums and received six Grammy nominations. In the 1950s, the group’s heyday, readers of Down Beat magazine named them best vocal group five times. In 2001, the Four Freshmen were the first group inducted into the Vocal Group Hall of Fame.

“The Four Freshmen are the most innovative and emulated jazz vocal quartet ever to grace vinyl,” Jay Warner, a music historian, wrote. They performed with jazz greats like Duke Ellington and Count Basie.

Ross Edwin Barbour was born on Dec. 31, 1928, in Columbus, Ind. In 1947, as a freshman at the Arthur Jordan Conservatory of Music, a division of Butler University in Indianapolis, he joined a barbershop quartet, Hal’s Harmonizers. The Hal was Mr. Kratzsch. The two other members were Don Barbour and Marvin Pruitt. They wore exaggerated false mustaches, armbands and waiters’ aprons and sang songs like “Sweet Adeline.”

They became bored with that routine, but didn’t want to give up the income stream. So they formed a second group, the Toppers, to experiment with more complex chords and jazzier arrangements.

The Toppers replaced him with Nancy Sue Carson, Ross’s girlfriend. They later married, and she survives him, as do their sons, Kent and Gary; their daughter, Kathy Feese; and four grandchildren. 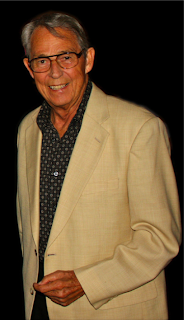 After the group, with Ms. Carson’s input, decided that a fourth male voice would be more appropriate for its sound, they replaced her and enlisted Mr. Flanigan, who had earlier sung with the Barbour brothers. He played trombone, was a jazz fan and had excellent pitch and phrasing. He became the new male lead. They practiced in a parked car with closed windows to work out their harmonies.

They hooked up with an agent, who suggested they call themselves the Freshmen Four. They accepted the suggestion but reversed the words. Mr. Kratzsch and Mr. Flanigan alternated bass playing and brass solos; Ross moved from piano to drums; and Don stayed on guitar. They earned $5 a night.

Their big break came when Stan Kenton, the big-band leader, heard them and helped them get a contract with Capitol Records.

Mr. Barbour retired in 1977 after 29 years. And he finally got past freshman year. In 2008, Butler awarded him an honorary doctorate... 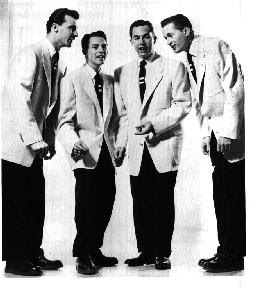