MOVIE REVIEW: THE BOYS FROM BRAZIL 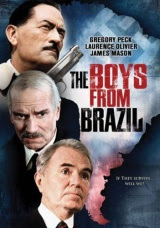 High school was not the most memorable time in my life. However, one thing I will always remember is watching a different movie in honors biology. The teacher showed us "The Boys From Brazil". We did not watch it just for the fun of it, but we watched it because of its story about genetics. It was a pretty good movie that I enjoy to this day.

"The Boys from Brazil" is a 1978 British/American science fiction/thriller film directed by Franklin J. Schaffner. It stars Gregory Peck and Laurence Olivier, with James Mason, Lilli Palmer, Uta Hagen and Steve Guttenberg. The screenplay by Heywood Gould is based on the novel of the same name by Ira Levin. The film was produced by Martin Richards and Stanley O'Toole with Robert Fryer as executive producer. The music score was by Jerry Goldsmith and the cinematography by Henri Decaë. It was produced through Lew Grade's ITC Entertainment and distributed by 20th Century Fox. It was nominated for three Academy Awards.

When well-intentioned young Barry Kohler (Steve Guttenberg) stumbles upon a secret sect of Third Reich war criminals holding clandestine meetings in Paraguay, he alerts Ezra Lieberman by phone. Lieberman dismisses Kohler's claims that Dr. Mengele is alive and present at the meeting as already-known facts, and is highly skeptical otherwise. Kohler attempts to record a meeting with radio equipment but is discovered and killed.

Aware that something is amiss, Lieberman follows Kohler's leads and begins traveling throughout Europe and North America to investigate the suspicious deaths of a number of middle-aged civil servants. He meets several widows and is amazed to find an uncanny resemblance in their adopted, black-haired, blue-eyed sons. It is also made clear throughout the film that at the time of their deaths all the civil servants were aged around 65 and had a cold, domineering and abusive demeanor towards their adopted children, whereas their wives were aged around 42 and over-spoiled them. 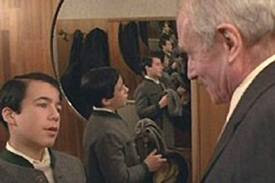 Lieberman gains insight from an incarcerated Nazi guard (Uta Hagen) who worked with the adoption agency, and with an expert on cloning (Bruno Ganz) who helps him discover the truth behind the whole plan: Mengele secluded several surrogate mothers in a Brazilian clinic and instilled Hitler's DNA into their ova, thereby giving birth to 94 perfect clones of Hitler himself. Lieberman's investigations unnerve Mengele's superiors, including his principal contact, Seibert (James Mason), who demands that he abort his scheme. But the doctor has spent twenty years pursuing his plans, ever since he first acquired a fragment of rib skin and a half-litre blood sample from Hitler on May 1943 to use as DNA in a plan to recreate Hitler's body and soul and to fulfill the aims of the Third Reich.

Mengele's hiding place is burned and servants shot, but Seibert's men do not find the doctor. It turns out that Mengele intends to carry on the rest of the plan himself. He travels to rural Lancaster County, Pennsylvania, where one of the Hitler clones lives on a farm. There he murders the boy's father (John Dehner), a Doberman dog breeder, and lies in wait for Lieberman, who is on his way. 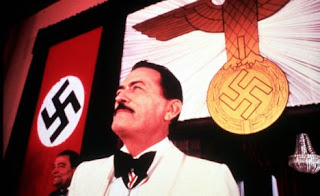 The instant Lieberman sets eyes on Mengele, he attacks him in fury. Mengele soon gains the upper hand and holds him at gunpoint. He taunts Lieberman by explaining his plan to return Hitler to the world. With one desperate lunge, Lieberman reaches the closet where the Dobermans are held and turns them loose. The dogs corner Mengele. At that point, young Bobby Wheelock (Jeremy Black), now revealed to be one of the Hitler clones, arrives home from school. It is Mengele's first look in person at one of his "boys."

Bobby can tell from the carnage that something is amiss. Mengele tells him how he admires him and how he is cloned from Hitler, but Bobby is suspicious since the dogs are trained to attack anybody with a gun. Lieberman tells him that Mengele has killed his father and to notify the police. When he sees the body in the basement, Bobby sets the vicious dogs on Mengele, relishing his bloody death. Bobby proceeds to save Lieberman, though only after he forces Lieberman to promise not to tell the police.

Lieberman is encouraged by an American Nazi-hunter, Bennett (John Rubinstein) to expose the scheme. He is asked to turn over a list identifying the names and whereabouts of the other "boys from Brazil" from around the world, so that they can be systematically killed before growing up. Lieberman objects on the grounds that they are mere children. He burns the list.

In the final scene Bobby is shown in his darkroom, absorbed and excited by photographs he has taken of Mengele's body, after it has been savaged by the dogs. 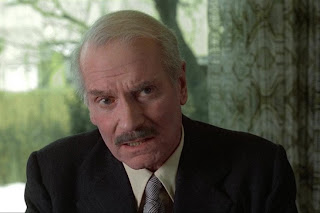 The film may take awhile to get in to at the beginning, but it is engrossing and interesting. The stars of the film Laurence Olivier, Gregory Peck, and a young Steve Guttenberg are excellent in the film, and I believe Olivier deserved an Oscar for this movie. (He was only nominated). Again, I do not remember much from freshman honors biology, but luckily I remember this film.