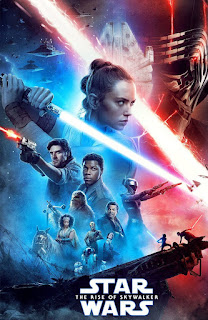 I was a child of the 1980s, so Star Wars was my life. This is before computers and cell phones and instant bombardment of the senses. There was not much by way of entertainment in the 1980s, so Star Wars was huge. I feel bad that it is not as huge to children today. My son, who is 10 now, has instant entertainment at his finger tips with his IPOD, and X-box and countless other devices. However, we did it old school on January 1st and went to see the ninth Star Wars movie - Star Wars: Rise of The Skywalker. We both loved the film! 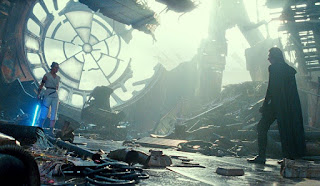 The Rise of Skywalker follows Rey, Finn, and Poe Dameron as they lead the Resistance's final stand against Kylo Ren and the First Order, who are now aided by the return of the deceased galactic emperor, Palpatine. After the new trilogy was announced following Disney's acquisition of Lucasfilm in 2012, it was originally reported that The Last Jedi director Rian Johnson would write the script for Episode IX. In August 2015, Colin Trevorrow was hired to direct and to write a script with his collaborator Derek Connolly; both ultimately retained story credit with Abrams and Chris Terrio. In September 2017, Trevorrow left the project following creative differences with producer Kathleen Kennedy, and Abrams returned as director. Principal photography began in August 2018 at Pinewood Studios in England and wrapped in February 2019. Post-production was completed on November 24, 2019.

The Rise of Skywalker had its world premiere in Los Angeles on December 16, 2019, and was theatrically released in the United States on December 20, 2019. It received mixed reviews from critics, who praised the cast performances and visual effects but criticized the story, pacing, and perceived departures from the themes and story of The Last Jedi. It has grossed over $815 million worldwide against a production budget of $275 million, making it the ninth highest-grossing film of 2019. 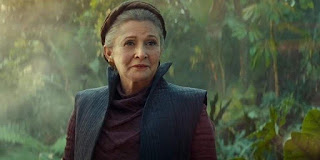 The movie has everything a Star Wars fan would want. I have seen all nine Star Wars movies in the theater and after being disappointed at The Last Jedi, I really enjoyed this film. I was concerned how Princess Leia would be shown since Carrie Fisher had passed away before the 2nd movie had even come out. I had thought that they should have just killed her off in the last movie, but the way they did it was very tasteful, and I am amazed at how big of a part she had. This movie brought back memories of a little kid in Pittsburgh seeing the movies with my uncle, and sitting in the movies and watching my son's excitement made me realize that despite all of the technology the kids have today, little boys (and big boys) are all the same... 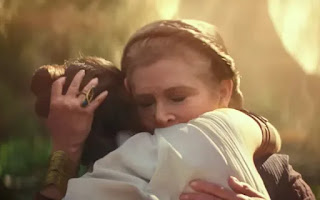 Posted by David Lobosco at 5:38 AM